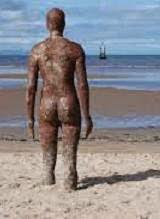 PZ Myearshertz points to a video and a gofundme campaign by Daniel Ashley Pierce who was apparently beaten ... particularly by his mother ... and thrown out of the house by his family because he is gay.

His gofundme campaign was looking for $2,000 to "get the basic things I need such as a bed, text books, medical stuff and transportation."

The cynical lawyer part of me says it might have been staged to raise money, but it didn't feel that way. It would take a Shakespeare to stage such horror. Anyway, I kicked a few bucks in ... not more than I'd spend on lunch and a couple of drinks after work. I think it is worth it to do the same.


I would like to the opportunity to thank each and everyone of you who has so generously donated. My intent is to pay if forward and hopefully turn something so negative into something positive. I will do my best to value the gift I have been given by so many of you. Thank you for your love and support.

If you would still like to make a donation please consider donating to Lost-N-Found Youth in Atlanta... they have been an amazing support and resource through this difficult time.

Comments:
Look on the bright side. He's lucky his family weren't really good Christians. We all know what would have happened to him if they'd followed the Old Testament sentencing guidelines for gays and disrespectful children to the letter.

Cleaning company Khamis Mushait
Every woman suffers from the daily cleaning of her home but she may not get the perfect cleanliness she wants. So a cleaning company in the mother of sahk offers my lady the perfect solution to clean your house or villa without bothering you and the desired cleaning. Efficiency, and through our company you can get the floors of a bright and neat house and clean water tanks and walls are very clean while preserving the colors, and also the marble and marble all this and more found in شركة تنظيف فلل بخميس مشيط