Doing a Lot by Doing Nothing 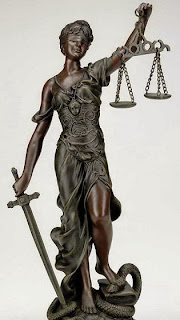 In a move that surprised almost everyone, the Supreme Court yesterday denied certiorari in all seven cases concerning same sex marriage pending before it. In doing so, it let the rulings striking down bans of same sex marriage in the Fourth, Seventh and Tenth Circuit Courts of Appeal to go into immediate effect.

Part of this can be set down to a reluctance on the part of the Supreme Court to deal with a divisive issue, at least until there is a split between the Circuit Courts. But the Supreme Court did not have to allow the present decisions to go into effect. It could have simply allowed the certiorari petitions to remain on its calendar while allowing other Circuit Courts to weigh in. Rulings in the Ninth Circuit (almost certain to strike down bans in Nevada and Idaho) and Sixth Circuit (up for grabs in cases from Michigan, Ohio, Kentucky and Tennessee) are imminent. The Fifth Circuit also has a case in the pipeline (one where Louisiana's ban was upheld) but it is some time away from a decision.

Update: As expected, the Ninth Circuit struck down bans in Nevada and Idaho. Similar bans in Alaska, Arizona and Montana will soon follow, bringing the total to 35 states.

Comments:
I'm guessing that the supremes could see that this is an unstoppable tidal change in society, and at most they could slow it down.

Yes, that's part of it but it wants to avoid getting its skirts dirty until it absolutely has to. The Sixth Circuit, where a swing judge on the 3 judge panel sent some signals he might uphold the bans, could force SCOTUS' hand. Since the Sixth Circuit heard arguments, a significant development was the decision in the Seventh Circuit by Richard Posner, one of the most respected jurists in America not on SCOTUS and a conservative to boot, that rained much scorn on the anti-SSM arguments. The denial of cert might have been a signal to the Sixth Circuit panel not to rock the boat. The Fifth Circuit, perhaps the most conservative Circuit, has a SSM case before it (where the ban in Louisiana was upheld in the lower court) but it is months away from a decision in that case and it probably wouldn't get to SCOTUS before next term. The Ninth Circuit is soon to have a decision that almost undoubtedly will strike down SSM bans (it has already applied "strict scrutiny" to cases involving discrimination against gays and no one thinks SSM bans can survive that test). Even if the Fifth Circuit upholds the ban, it will be easier next year, with more Circuit Court support, for SCOTUS to establish a constitutional right to SSM.

one of the most respected jurists in America not on SCOTUS

This is not intended to be snarky.

Is being on SCOTUS a mark of being a respected jurist?

To be sure, a person in the legal profession has to show deference to members of SCOTUS, but deference is not the same as respect.

Is being on SCOTUS a mark of being a respected jurist?

I probably should have said "influential."

The Ninth Circuit is soon to have a decision that almost undoubtedly will strike down SSM bans (it has already applied "strict scrutiny" to cases involving discrimination against gays and no one thinks SSM bans can survive that test).

Whoops! That should have been "heightened scrutiny," which no one thinks SSM bans could pass either ... as the Ninth Circuit just demonstrated!

I definitely love this site.