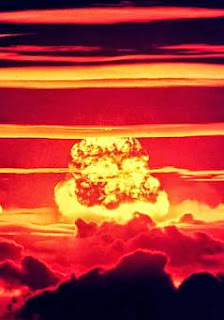 In states that were not directly involved in the decisions in the Fourth, Seventh and Tenth Circuit Courts of Appeals decisions that the Supreme Court allowed to go into immediate effect, the reaction is mixed.

On the rational side:

North Carolina Attorney General Roy Cooper has previously said that a federal appeals ruling overturning Virginia's ban is binding in his state and that he does not intend to file any further appeals or seek delays.

West Virginia has joined the rational crowd: "the attorney general of West Virginia [is] conceding that its ban on same-sex marriage was no longer defensible ..."

Still crazy after all these years:

Gov. Sam Brownback issued a statement saying he swore an oath to support the state constitution. "An overwhelming majority of Kansas voters amended the Constitution to include a definition of marriage as one man and one woman. Activist judges should not overrule the people of Kansas,"

South Carolina Attorney General Alan Wilson said he will continue to fight to uphold the state constitution's ban on gay marriage. He pointed out that a judge has not ruled on a lawsuit by a gay couple legally married in Washington, D.C., seeking to overturn the South Carolina gay marriage ban.

Governor Matt Mead said Wyoming will continue to defend the state's definition of marriage as between a man and woman.
Link - Posted by John Pieret @ 8:59 AM

Very good information, may be useful for everything;)