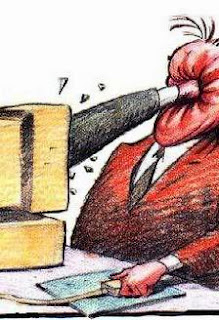 Mat Staver, affectionately known to Ed Brayton as the worst lawyer in America other than Larry Klayman or Orly Taitz, may have run to the head of the list.


It's shameful for the Supreme Court for what they have done to marriage as it has been shameful in the history of the court with regards to the Dred Scott decision or the Buck v. Bell decision, where they said that the state of Virginia can forcibly sterilize her because of this eugenics idea that they want to eliminate the undesirables of the world. That was the shameful day that we ultimately look back with shame upon and I think this is going to be one of those same kind of situations.

Ah! I see, refusing to free someone from slavery or sterilizing people against their will is exactly the same as letting loving couples get married.

Mat, maybe you want to move back. When I spit, you might not want it to get on your shoes.
Link - Posted by John Pieret @ 7:13 AM

Comments:
Wow, Staver, Taitz and Klayman, what a law firm that would be. Sort of the legal equivalent of Larry, Curly and Mo.

Larry, Curly and Mo were class acts compared to those three.