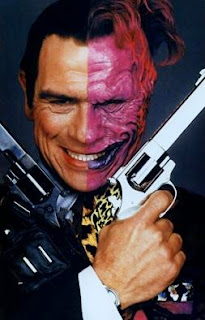 You may have heard about the conservative majority of the Jefferson County, Colorado school board that wants to "review" (i.e. change) the curricula prepared by the College Board for Advanced Placement History courses. Seeing immediately that the board intended to [cough] whitewash American history, students and teaches began protests, walkouts and sickouts in protest.


The Jefferson County walkout began after a school board member, Julie Williams, proposed creating a curriculum review committee to assess the new AP History classes. "Materials should promote citizenship, patriotism, essentials and benefits of the free enterprise system, respect for authority, and respect for individual rights," read the proposal, which was discussed at a Sept. 18 meeting. "Materials should not encourage or condone civil disorder, social strife, or disregard of the law."

This was, to anyone who follows People For the American Way's Right Wing Watch website, extremely funny. I went through about a year's worth of the quotations of various conservatives calling for "civil disobedience" and here's what I found (many need no explanation outside their titles):

Peter LaBarbera, president of Americans For Truth About Homosexuality, visited Janet Mefferd's radio program yesterday to discuss his call for "civil disobedience on a massive scale" to protest marriage equality and "the gay thought police." The two agreed that the anti-gay movement is ready for its own Rosa Parks to spark a national outcry with an act of civil disobedience…against marriage equality. ...

For every law, regulation, activist court ruling or presidential edict that demands Christians violate their sincerely held religious beliefs and adopt a postmodern, moral relativist way of life, there increases, in exact proportion, the likelihood of widespread civil disobedience – disobedience of the sort we haven't seen since the civil rights struggles of the 1950s and '60s.

Indeed, if, in the spirit of the Rev. Martin Luther King Jr., we, his fellow Christian travelers, must again face the water hoses, then face them we shall.

Conservative Catholic and evangelical leaders who have signed the Manhattan Declaration, including some U.S. bishops, declare themselves willing to engage in civil disobedience – maybe even martyrdom – in order to avoid any participation in abortion or any "anti-life act." Nor, they declare, "will we bend to any rule purporting to force us to bless immoral sexual partnerships, treat them as marriages or the equivalent, or refrain from proclaiming the truth, as we know it, about morality and immorality and marriage and the family." [Of course, no one is going to force them to perform same sex marriages or treat them as equivalent to opposite sex marriages ... though they don't get to use the civil law to outlaw same sex marriages ... or stop them from proclaiming their religious beliefs.]

Jeff Allen, an Indiana-based pastor and senior editor of BarbWire, called for "elected leaders and Christians [to] defiantly rise up and engage in civil disobedience" to stop this "national tragedy" and "the death of democracy."

At last week's less-than-spectacular kickoff for the Second American Revolution, Larry Klayman announced that President Obama has until this coming Friday, November 29, to resign. If he doesn't, Klayman and his friends will move forward with their plan to organize mass civil disobedience, force the resignation of President Obama and the Congress, and replace them with a government-in-waiting to be formed in Philadelphia in the coming weeks. [BTW, how did that work out, Larry?]

[Concerning the Romeike family, that left Germany for Tennessee over disagreements with German homeschooling laws.]

It seems that conservatives are only concerned about not condoning civil disorder, social strife, or disregard of the law when it is in service of issues they disagree with.

Of course, the attempt by conservatives to wrap themselves in the mantle of Martin Luther King and the civil rights movement, especially in their efforts to deny other people equal rights, is particularly galling, since these were the same people who, during his lifetime, called King a communist agent out to destroy America.

Another bit of revisionism is the statement of Larry Krieger, a retired AP History teacher from New Jersey, who has been going around the nation testifying against the new AP History standards. He said: "The framework will produce a generation of cynics." Really? Who are bigger cynics about the US government and its actions than conservatives?

But to cap off the comedy, there is the statement of another of the conservative board members, Pam Mazanec. To demonstrate her competency to judge any history curricula, she said on Facebook, in support of her position that the curricula "is aligned with the content of college level history courses that downplay our noble history and accentuate the negative view":


As an example, I note our slavery history. Yes, we practiced slavery. But we also ended it voluntarily, at great sacrifice, while the practice continues in many countries still today! Shouldn't our students be provided that viewpoint? This is part of the argument that America is exceptional. Does our APUSH Framework support or denigrate that position?

Fighting a civil war in which more Americans died, north and south, than in any other war we've ever fought is "voluntarily" ending slavery? To the right wing, words have no meaning.
Link - Posted by John Pieret @ 1:24 AM