A Gobbler for Thanksgiving 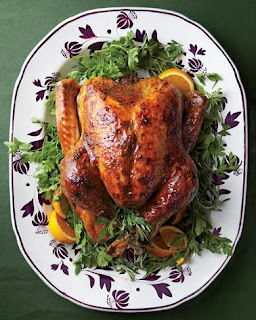 Let's hope Albert Mohler was in hiding and survived the day. A couple of weeks ago he began gobbling quite loudly and may have attracted the attention of those looking for a holiday entree.

He was waxing theocratic about the recent rendezvous with and landing on Comet 67P/Churyumov–Gerasimenko, in an orbit 316 million miles from Earth, by the European Space Agency's Rosetta spacecraft and its Philae lander. He noted that the mission traveled 4 billion miles over 10 years, conducting a number of slingshot maneuvers and matching the comet's 40,000 mph speed. His conclusion is that the success of the comet landing was dependent on science built on a Christian worldview.


Those earliest scientists who gave birth to modern science in the Western world believed, specifically, that the cosmos was intelligible – that it is intelligible, that is to say understandable – because they believed that it was created by an intelligent, sovereign, supreme creator that reflects His own glory and intentionality in the cosmos. In other words, they believed that the cosmos was intelligible precisely because it was created and it wasn't an accident. They would have had very little confidence that the world would've been intelligible if it was just a cosmic accident. There was something else to their understanding; that was the continuity and the stability of natural laws. Those early scientists and the science upon which this Rosetta project is still based is established upon the premise that there are continuing physical laws in the universe that operate basically in all places, at all times and can be counted upon to operate regularly. Now where does that confidence come from?

In early science in the Western world the early science that gave birth to the high technologies we know now, the confidence was that those stable regular laws were indeed stable and regular precisely because there was a sovereign God who is exercising His providential care over this cosmos. Now modern secular science tends to think of itself as pervasively secular and in terms of those who are practicing it, there is often a very determined effort to make the science as secular as possible. But science will not remain as secular as the secular mind intends it to be. The very fact that the cosmos is intelligible, the very fact that the regularity these natural laws were exactly what was dependent upon by those researchers who launched this probe and now celebrate it's landing, those are actually still pointing to the fact that the universe is regular and intelligible for a reason; it's not regular and intelligible by accident. In other words, there is a profound testimony to the reality and the existence not only of a God but of a God who created the cosmos and is still actively involved in his providential care over it; even in these headlines. But you're not going to be getting that from the secular press, but Christians ought to be very careful not to miss that point in these headlines.

But wait a minute! Just a few years ago, in a speech and article entitled "Why Does the Universe Look So Old?", he was singing a different song. When it comes to the age of the Earth and in defense of a "Biblical" young Earth, he maintained that "general revelation" (by which he means the empiric evidence of the universe, or science) cannot trump the "special revelation" of the Bible.


... I want to suggest to you that it is our responsibility to give an answer when we are asked the question "Why does the universe look so old?" ... I want to suggest to you that the most natural understanding from the scripture of how to answer that question comes to this: The universe looks old because the creator made it whole. When he made Adam, Adam was not a fetus; Adam was a man; he had the appearance of a man. By our understanding that would've required time for Adam to get old but not by the sovereign creative power of God. He put Adam in the garden. The garden was not merely seeds; it was a fertile, fecund, mature garden. The Genesis account clearly claims that God creates and makes things whole.

In other words, Mohler retreats to Philip Henry Gosse's Omphalos. How is the universe intelligible to science if there is an omnipotent God who might, for reasons unknowable to science, "cook the books" by making the world appear different than it actually is. Those early scientists assumed that the empiric evidence would confirm their Biblical views but that isn't how it worked out. So that "Christian worldview," instead of being the basis of modern science, picked up its marbles and walked away.
Link - Posted by John Pieret @ 10:13 PM

Comments:
IIRC, I think our Australian philosopher friend would point out that the Greeks (particularly Aristotle) started science, even if it did go dormant for a millenium or so afterwards, and had no problem believing in an intelligible universe, despite the fact that their gods were a limited and capricious lot.

Some minimum level of stability and regularity is a requirement for the complex, self-sustaining systems we call "organisms" to exist at all. And sufficiently intelligent organisms will be able to detect and reason about and exploit those regularities, ie. to do science and technology.

There has to be a reason why so many of the evolution deniers make a point of not describing their only alternative. If all that they can come up with is Omphalism ...

When the Garden of Eden was created, was it complete with humus, fungus, and organic detritus? Was there coal and oil (implying dead plants and organisms)?