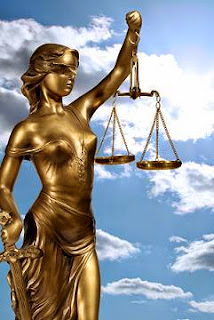 On Tuesday, Federal District courts in two more states, Mississippi and Arkansas, struck down same-sex marriage bans. I thought it a nice touch that they came in time for Thanksgiving.

For once, I'll skip the descriptions of the plaintiffs. Suffice it to say that, between the two cases, they consist of four lesbian couples who have been in committed relationships of between 5 and 11 years. Three of the couples are raising young children and one partner in each relationship is denied parental rights because of the same-sex marriage bans. All of the couples are denied the right to share such things as medical insurance benefits and survivor's benefits earned by one partner because they are not "married" in the state's eyes.

Among the interesting things about these decisions is that the judge in Arkansas applied the "strict scrutiny" (the highest) test to determine if the state's law passed 14th Amendment muster, while the judge in Mississippi, who found that he was bound by 5th Circuit Court of Appeal precedent, applied the "rational basis" (the lowest) test, though he thought that "heightened or intermediate scrutiny" should apply. The courts that have struck down such bans have been all over the map on that issue.

If I am right that Chief Justice Roberts is loathe to go down as the Roger B. Taney of the 21st Century and is willing to join in finding a constitutional right for gays to marry, he may well assign himself the task of writing the majority opinion, specifically for the purpose of ruling that same-sex marriage bans fail the rational basis test, at least as long as the cautious Justice Kennedy will go along with that. The reasons for that are somewhat Machiavellian.

If a majority of the Court was to find that same-sex marriage bans were subject to heightened or, worse (from a conservative standpoint) strict scrutiny, it could be precedent not only for any other cases involving sexual orientation and/or gender identity, but for any disfavored minority. Immediate results might be that Federal and state prisons could no longer house transgender prisoners in institutions limited to the prisoners' biological gender. Nor could those prisons deny transgender prisoners treatment for their medically-recognized condition and would have to pay for gender reassignment treatment, including surgery. Public schools across the country would have to accommodate transgender students as to bathroom facilities, sports activities, etc.

Conservatives, meet Can of Worms.

But if there were six votes to uphold same-sex marriage but only four concurring justices wanted to apply a higher standard of scrutiny, the decision would not, at least immediately, force other courts to apply higher scrutiny in such cases.

The judge in Mississippi also had a nice section on how discrimination against blacks in the civil rights era paralleled with discrimination against gays. However, the gays got it not just from racial bigots but from blacks who should have known what it was like to be a hated minority and from liberals who somehow forgot their principles when it came to someone's sexuality. Right Wing Watch has a nice summary of that here.

Comments:
I assume that in legal circles that there is a lot of open discussion of the wider consequences of such-and-such a way of ruling, and that lower court judges know the way of putting things to make the most trouble for the justices that they disagree with.

I assume that this thing is discussed in the textbooks on jurisprudence.

I assume that this thing is discussed in the textbooks on jurisprudence.

Not necessarily in connection with this particular issue but, generally, of course. Laws subjected to the rational basis test usually are upheld. I can't think, off the top of my head, of any law subjected to strict scrutiny that has survived 14th Amendment analysis. It is an obvious area where conservatives might want to "limit the damage' of the increasingly inevitable overturning of SSM bans.

I didn't make myself clear.

I had in mind the kind of analyses that you presented.
Chief Justice NN is concerned about his status in history.
Lower court judge makes his ruling on a basis that, if the higher court wanted to overturn the ruling, would find it opening a can of worms.
Is this the sort of thing that judges just have to learn on their own, or is there a course work where judges can learn how to write opinions, or politic their fellow judges, or the sort of things that will backfire on them.
Can't judges learn tactics based on the experiences of earlier judges, rather than their own instincts and years of treatment that their opinions have gone through?

I had in mind the kind of analyses that you presented.
Chief Justice NN is concerned about his status in history.
Lower court judge makes his ruling on a basis that, if the higher court wanted to overturn the ruling, would find it opening a can of worms.

I was kinda answering your question but not clearly enough. Yes, most (there are always the stupid ones) judges know what their rulings mean in the broad outline of what has gone before. Certainly, Judge Sutton, who wrote the 6th Circuit's decision upholding SSM bans knew what he was doing, in terms of forcing SCOTUS' hand to decide the issue, which the dissenting judge pointed out.

I'm less sure that individual judges chose which level of scrutiny to apply to give the Justices an unpalatable choice. That has more to do with the cases before them, their own theories of the law and (as in the case of the Mississippi judge) what precedent s/he has from the circuit they are in.

Not having ever been a judge (thank dog), I can't say there aren't courses on how to discomfit the judges in the higher courts, but I doubt it. After all, the judges of the higher courts would (almost all) have gone through any such courses and been ready for that.

It is much more subversive than that. Gather together (generally) the smartest lawyers, educate them in the ways the courts work for years, let their egos work, and they can figure such things out for themselves ... all the time telling themselves they are serving the law.

If anything, it is more like evolution than intelligent design.

I may still not be being clear. I don't think Roberts will make his decision on gay marriage based on his desire to limit the level of scrutiny. I think that may be why he assigns himself (which is the Chief Justice's perogative) to write the majority decision. Those are, in fact, two different issues.

Roberts could simply agree to go along with whatever Kennedy (the presumptive swing vote) writes, especially if Kennedy strikes it down on rational basis. But if the other four votes want to apply higher scrutiny, he might assign the opinion to himself because a Chief Justice's opinion carries just a little more "oomph." The important thing in the issue of scrutiny (for conservatives) is that there not be a majority for heightened scrutiny.

Thank you. That certainly should satisfy a reasonable request. (I don't expect a short course on how to be a judge! And, of course, these people are all intelligent human beings with complex motives which even they don't understand.)

John, hope all is well with you. Happy holidays. - TB