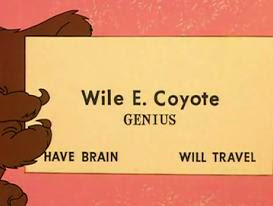 Mat Staver, who Ed Brayton has called the dumbest lawyer in America not named Larry Klayman or Orly Taitz, has apparently decided to outpace his rivals. I think he may have succeeded!


After the Republican gains in last week's election, right-wing activists immediately sent a letter to Senate Republicans urging them not to re-institute the 60-vote threshold for overriding filibusters against judicial nominees when they take control of the Senate in the next term, after Democrats eliminated it through the so-called "nuclear option" last year.

Among those who signed on to the letter was Liberty Counsel's Mat Staver, who discussed the importance of banning the use of the filibuster on today's "Faith and Freedom" radio broadcast by asserting that doing so would somehow teach the Democrats a lesson by forcing President Obama to now nominate more moderate judicial candidates. ...

"The Democrats wanted to hurt America by taking it away," Staver said, "and putting in these radical nominees. Now they're going to have the live with the medicine. They're going to live with what they did. We shouldn't re-institute it on these judges and this will help us block these radical judges. Obama is either gonna not be able to appoint anybody to the bench or he's going to have to moderate and bring some people in that are not these radicals that he's been putting on the benches across the country" ...

Of course, the entire point of doing away with the filibuster was because Republicans, who were in the minority, had been using it to routinely block the Democratic majority in the Senate from confirming President Obama's judicial nominees. They went so far as to use the filibuster to prevent President Obama from filling any vacancies on the critically important D.C. Circuit Court, and vowed to continue to do so regardless of who he nominated.

Well, there will be one impact ... when Staver finally realizes that he is standing in mid-air and falls to the desert floor below!

Comments:
I know I'm a radical about this, but isn't there a conceivable way of making the Senate more representative? I know that the Constitution says that the number of senators from a state can't be dropped without the consent of the state, but aren't there ways around that? Here are a few different ideas.
I know that this would take a major change, but who knows what would be possible. It is ridiculous when a state with <2% the population of another receives the same representation, and then this is compounded with rules like filibuster and others. (Of course, we all know what this was designed to protect, which in polite speech is called "states rights".)
1. An amendment to the Constitution which says first: that the Constitutional restraint on amendments is repealed, and then goes on with the rest.
2. A change not to the number of senators for each state, but to the way of electing them changes. This has precedent when it changed from the legislature to the people. Why not change it to the entire US voting for each senator, or some such.
3. A change in the powers of the Senate to practically nothing, and have its real powers vested in a new, democratically elected body.
I'm sure that clever people can think of a better way, these are just to start discussion.

I'm not sure what you mean by that but if you mean doing away with the 2/3 requirement of congresscritters and/or states to propose an amendment and a 3/4 majority of states to approve an amendment and replace it with something like a majority vote of the people, I think that would be a very bad idea. That's how California got Prop 8.

I don't think you could get support of 3/4 of the states to approve such an amendment in the first place.

No, I am referring to the clause which says that no amendment can reduce the number of senators of a state except by consent of that state. (The only other restriction being, with an expiration date, and thus not in force.)
Oh, I don't have any belief that it is practical to expect this to get any support. If the Civil War was not enough.

provided that no amendment which may be made prior to the year one thousand eight hundred and eight shall in any manner affect the first and fourth clauses in the ninth section of the first article; and that no state, without its consent, shall be deprived of its equal suffrage in the Senate

That was something I had never run across before ... that I remember ... something I don't do so well anymore!

I don't think that clause is effective anymore by its own terms, so that shouldn't be a problem to your plan.

The big problem is that well more than 1/4 of the states are, population-wise, small states that will never go along with it. It has been said that the only reason the Constitutional Convention adopted the proposed Constitution was that (Franklin, I think) proposed the bicameral legislature instead of a Windsor-like Parliament.

Did you see a couple of posts ago when crazed preacher James David Manning insisted that semen contains "zygotes"? I thought you might enjoy the blast from the homunculus theory past.


I am very glad to see an article like this .. Obat Bius good luck greetings