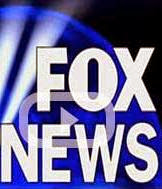 It seems that "Fox News' pro-homosexual bias continues," according to the rabidly anti-LGBT "Americans for Truth About Homosexuality" and its foaming-at-the-mouth president, Peter LaBarbera.

According to LaBarbera, Fox anchor Bret Baier pulled out as a speaker at a Legatus event because "the 'conservative' network push[ed] Baier to pull out."

Legatus is a self-described "international organization of practicing Catholic laymen and laywomen, comprised of CEOs, Presidents, Managing Partners and Business Owners," founded by Tom Monaghan. You remember Monaghan ... you know ... the guy who also founded the Thomas More Law Center, that went down in such spectacular flames in the Kitzmiller v. Dover case!

He may not be doing much better here. Again according to LaBarbera, not only Baier but Gary Sinise and even conservative icon Peter Coors have pulled out of the event, supposedly because of a blogger saying that Legatus is a "very anti-gay organization of Catholics." Well, Jeremy Hooper did say that, but he also quoted and linked to articles on Legatus' website that demonstrated that point rather well. Indeed, it goes well beyond just homosexuality, as in this piece by Fr. John Trigilio:

Once nominally Catholic, I would offer Fr. Trigilio a hearty middle finger but it and its four friends are busy not engaging in procreative activity. To be lectured on the proper usage of sex by a church that, for decades, if not centuries, aided and abetted child molesters is too ironic for words!

But back to the main subject: if the bigots feel abandoned by Faux News, how long is it before they take up the status they have been so avidly seeking? ... right alongside the Ku Klux Klan.
Link - Posted by John Pieret @ 7:23 AM

Interesting and nice information, thanks for sharing :)