Eleventh Circuit To the Rescue 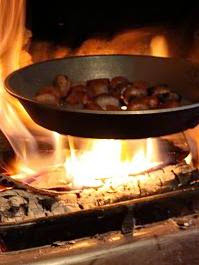 Update: Oops ... I shouldn't post late at night! It appears that the Eleventh Circuit's recent decision to put off the appeals in Alabama and Georgia does not stay the implementation of the Federal court order. If so, same-sex marriage should begin in Alabama on Monday, February 9th. Roy Moore's and other wingnut head explosions will proceed unless SCOTUS issues a stay.

The Eleventh Circuit Court of Appeal has pulled Alabama Chief Justice Roy Moore's nuts out of the fire.

Moore issued a memo on Tuesday telling the state's probate judges that they're not required to issue marriage licenses to same-sex couples even though a federal court has ruled they must. The Federal court decision was to take effect on February 9th. Previously, the Eleventh Circuit had refused to delay the decision. The Alabama Attorney General had petitioned the Supreme Court for a delay in the implementation of the order. All previous petitions for similar stays have been denied by the Supremes.

I don't know if the rather unusual decision of the Eleventh Circuit to stay a case (along with another) that it had specifically refused to stay just days before ... and where it had previously allowed same-sex marriage to proceed in Florida ... was an attempt to avoid a clash again between a nutcase like Moore and the Federal government ... but I honestly can't think of another reason.
Link - Posted by John Pieret @ 11:47 PM

Comments:
Monday, February 9th is Darwin Day! (Even in Alabama.)

It was a good thought ... though Darwin, good Victorian gentleman as he was, would probably have been appalled by the thought of same-sex marriage.