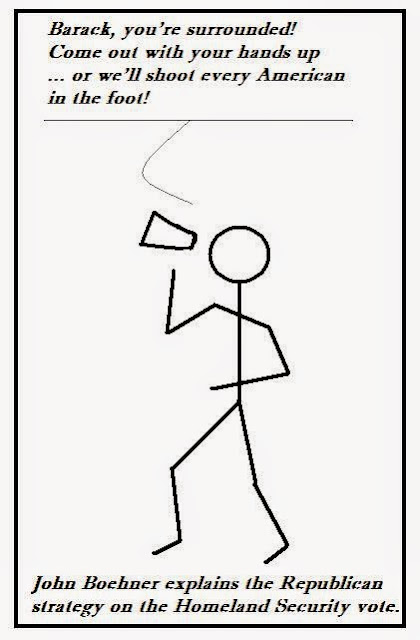 Update: Boehner threw in the towel and brought a "clean" funding bill for the Department of Homeland Security to the House floor that did not include a provision attempting to defund President Obama's Executive Order that would provide limited deportation protections to as many as 5 million undocumented immigrants, where the bill passed with the support of a minority of Republicans and a majority of Democrats. Of course, to the Teabaggers, such as Rep. Tim Huelskamp (R-Kan.), "grassroots Republicans have been "double-crossed by the establishment" and "the Constitution was finally surrendered to the left." If only!