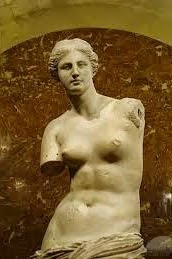 It's a “press release” for a self-published book. The title just about tells it all: “New Book Reveals Venus as Location of Hell - Science and Religion Join Together with Compelling Evidence.”


Rev. Dr. Michael T Santini’s work as an Aerospace Engineer and Pastor has given him unique authority to access both sides of the religion vs. science debate. In “Venus: Don't Go There: What Science and Religion Reveal about Life after Death,” Santini calls on unambiguous evidence that points toward Venus as a prime candidate for hell (the lake of fire); urging all readers to accept the provision made by Jesus Christ as Lord and Savior.

I haven't a clue what the last clause of the last sentence is supposed to mean … but does it matter?


For most, heaven, Hades, and hell are nothing more than abstract ideas that exist outside the space-time continuum. However, fusing his experience in Aerospace Engineering with his passionate work as a Pastor, Dr. Santini has discovered that these places actually exist in material form – and are shocking close. ...

Where do the unrighteous go after death? What is the plight of the guilty after the Day of Judgment? Are places like heaven, hell, and the lake of fire physical locations in the universe? Biblically based and scientifically reasoned answers to these questions, and more, lead to uncovering the planet Venus as the final place for perdition. ...

Correlation between the Holy Scriptures and the sciences can work together to provide reasonable and meaningful truths. Through interdisciplinary study, the author determines the ultimate destiny for unsaved humanity to be within the solar system, while providing a unique perspective to life after death. …

"My book makes public, for the first time, the huge amount of scientific and scriptural evidence that exists on similarities between Venus and perdition as described in the Bible. I spent three years diligently researching, writing and editing this volume, and it presents a new perspective on life after death, particularly for the plight of the guilty. We now need to consider the Bible as truthful, and use these new discoveries to better shape and understand the future."

Comments:
Oh god, another engineer mixing up an unholy hash of religion and science. (Hangs head in embarrassment).

The second one is not me. It's my evil twin from the Dark Side.

Ummm...I don't suppose anyone knows which aircraft this guy worked on, by any chance. Not that I'm worried you understand...

Sometimes I miss Don McLeroy. He gave me a chance to be embarrassed about my own profession for a change.