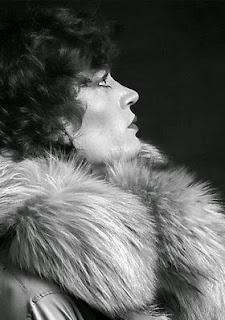 Never heard of it? John Arthur was married to Jim Obergefell, the plaintiff in the Ohio lawsuit that is one of four joined cases that will be argued tomorrow before the Supreme Court to decide whether or not same-sex marriage bans and refusals to recognize same-sex marriages legally performed in other states violate the Constitution. By the luck of the draw, Mr. Obergefell's case was named first on the Supreme Court's grant of certiorari and, therefore, for good or for ill, his name will be what the Supreme Court's decision will forever be known by.

The story of Obergefell and Arthur is easily the most poignant of all the plaintiffs', though all are compelling. They had lived together for two decades in what was in every way, except legal definition, a marriage. Arthur was dying of amyotrophic lateral sclerosis (Lou Gehrig’s disease) and, in a last ditch effort, they arranged for a a medical charter jet to fly them to Maryland, where they were married on the tarmac of the airport. They then returned to Ohio, where Arthur died. All that Obergefell requested was that Arthur's death certificate state that he was married to Obergefell at the time of his death. The State of Ohio refused.

The interesting thing is that John Arthur Day, also tomorrow, April 28th, was declared by the the city council of … wait for it … Cincinnati! The same city of Cincinnati that brought the first criminal trial of an art museum, the Cincinnati Contemporary Arts Center, on a charge of obscenity for displaying the photographs of Robert Mapplethorpe. That's one of Mr. Mapplethorpe's self portraits above right. It is the same Cincinnati that, in 2004, at the height of the 'ban same-sex marriage' frenzy (engineered in no small part by Karl Rove to assist the re-election campaign of George W. Bush) was the only American city to have expressly barred ordinances related to gay rights in its Charter and was called “the most anti-gay city in America.”

Now, Cincinnati has a domestic partner registry and city employees have “transgender inclusive” health benefits, including hormone therapy and sex reassignment surgery upon a doctor's determination that it is medically necessary. While the city is technically a defendant in the Obergefell suit, its attorneys refuse to defend Ohio’s ban.

What happened? As Sheryl Gay Stolberg documents in the New York Times article “Gay Marriage Case Caps Cincinnati’s Shift From Conservative Past” there were a number of factors. The demographics of the city changed, as older, more religious and conservative people moved from the city to the suburbs. At the same time gentrification brought younger gay professionals into the city. Procter & Gamble, headquartered in the city, as is the case with most large corporations, saw that an anti-gay attitude was bad for business. The local coverage of the plight of Obergefell and Arthur and the suicide of Leelah Alcorn provoked an outpouring of sympathy for LGBT people. And, of course, like everywhere else in the country, attitudes are changing as more and more people find out that people they know and are related to are gay.

Predictably, our old friend Al Mohler is not pleased. He told Ms. Stolberg:


R. Albert Mohler Jr., the president of the Southern Baptist Theological Seminary, who came here this month for a forum on same-sex marriage, said in an interview that Cincinnati had long stood as “a firewall” against the kind of moral degradation that, he argues, will come if gay people can wed.

“If this kind of moral change can happen in Cincinnati,” he warned, “it can happen anywhere.”

On Mohler's podcast (there's no transcript provided yet), he keeps repeating that 'if it can happen in Cincinnati, it can happen anywhere' line but seems to attribute it to Christians who aren't Christian enough and moral enough.

Somewhere in the Bible that I am unaware of, Christ apparently said “you can't be bigoted enough!”
Link - Posted by John Pieret @ 11:57 PM

Stunning!! Hyderabad escorts are here to give you the most Excitable and Attractive experience since you were 20, and that is what you will get. Visit here For more FUN:
Hyderabad Escorts
Independent Hyderabad Escorts
Escorts in Hyderabad

Al-Tamayoz Al-Janoubi Company for Home Services Cleanliness is one of the most important things that a person must pay attention to in order to protect the public health from the diseases that may affect the person because of the presence of piles of garbage, which may be close to the place of residence. The external environment is polluted and filled with very harmful microbes. The cleaning world is better than the treatment, and we in our company provide all our customers unlimited services, cleaning world, whether cleaning apartments, villas, houses, mosques, public institutions, government, companies, offices, Whatever you want to clean, we provide you with the fullest We have the best trained workers who do all types of cleaning.
شركة تنظيف منازل بخميس مشيط
شركة مكافحة حشرات بخميس مشيط
شركة تنظيف بابها
شركة تنظيف فلل بابها
شركة تنظيف منازل بابها
شركة مكافحة حشرات بابها
التميز الجنوبي