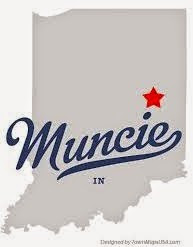 As a direct result of the RFRA flap, more local communities are considering extending anti-discrimination protections to LGBT people.

Tonight, Muncie, Indiana joined in and another 70,316 people were added to those in Indiana protected from discrimination based on sexual orientation or gender identity.

It turns out the Indiana RFRA is having quite an effect … just not the one its sponsors expected.

And that's a good thing!

Would you select a fun Escort Delhi to take to a sweet diversion to perceive how you are well amid fun? We offer reasonable escorts for your fantasy

date at a value that won't frequent your bad dreams. We can have an Escorts Delhi on your doorstep inside of an hour for the most part and we can promise

that she will be one of the finest young lady that you have ever strolled down the road with.
You have an alternative to contract one of the best requested young ladies for 60 minutes or you can save your most loved Delhi Escort for the night or notwithstanding for the whole weekend. We

anticipate that our customers will reserve a spot as right on time as possible.