Not Getting the Whole “Civil Law” Thingie 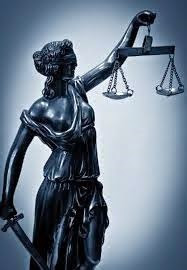 One of the stranger Amicus Briefs filed in the same-sex marriage cases now before the Supreme Court (collectively known as Obergefell v. Hodges), is the one filed on behalf of the Public Advocate of the U.S. [despite the name, not a government agency], Joyce Meyer Ministries, U.S. Justice Foundation, The Lincoln Institute, Abraham Lincoln Foundation, Institute on the Constitution, Conservative Legal Defense and Education Fund, and Pastor Chuck Baldwin.

One of the brief's big arguments is that:


Inevitably, a ruling in favor of same-sex marriage will usher in an unprecedented coarsening of community moral standards, spawning an aggressive impulse to force the American people not just to tolerate all forms of sexual misbehavior, but to embrace and encourage pagan practices that threaten to “defile” the land, and risk God’s judgment. …

Should the Court require the States and the People to “ritualize” sodomite behavior52 by government issuance of a state marriage license, it could bring God’s judgment on the Nation. Holy Scripture attests that homosexual behavior and other sexual perversions violate the law of the land, and when the land is “defiled,” the people have been cast out of their homes. See Leviticus 18:22, 24-30. Although some would assert that these rules apply only to the theocracy of ancient Israel, the Apostle Peter rejects that view: “For if God ... turning the cities of Sodom and Gomorrha into ashes condemned them with an overthrow, making them an ensample [sic] unto those that after should live ungodly.” 2 Peter 2:4-6. The continuing application of this Levitical prohibition is confirmed by the Book of Jude: “Even as Sodom and Gomorrha, and the cities about them in like manner, giving themselves over to fornication, and going after strange flesh, are set forth for an example, suffering the vengeance of eternal fire.” Jude 7

Now, I've seen appellate briefs quote the Bible before … in much the same way as Mark Twain is sometimes quoted … but never as a legal authority that a court should follow.

Don't forget that the oral arguments are scheduled for April 28, 2015 and that, in a rare move, the Court will be releasing the audio of the oral arguments, along with an unofficial transcript, both of which should be available no later than 2 p.m. on the same day. They will be found here.

I'm taking bets that none of the attorneys will be arguing the Bible as a legal authority.
Link - Posted by John Pieret @ 4:27 PM

Comments:
I assume the Supreme Court already has access to a list of all the Biblical prohibitions that Christians in the US have quite happily ignored fir centuries without bringing the wrath of God down on our heads.

Isn't there some controversy over the propriety of using non-US legal opinion?

P.S. Off-topic: The idea of using using images as proof of not being a robot is something completely new to me!

But if our Constitution provides for freedom of religion, doesn't that mean pagan practices are protected?