Of Fans and Shit 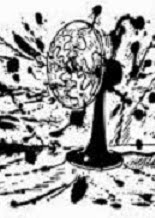 As noted before, the state of Indiana was enduring a storm of criticism after its Religious Freedom Restoration Act was signed into law. It got so bad, that the state's Republican legislative leaders and governor promised to come up with a “clarification,” even though they kept insisting that none was necessary.

Well, this is what they came up with:


This chapter does not: (1) authorize a provider to refuse to offer or provide services, facilities, use of public accommodations, goods, employment, or housing to any member or members of the general public on the basis of race, color, religion, ancestry, age, national origin, disability, sex, sexual orientation, gender identity, or United States military service;

(2) establish a defense to a civil action or criminal prosecution for refusal by a provider to offer or provide services,facilities, use of public accommodations, goods, employment, or housing to any member or members of the general public on the basis of race, color, religion, ancestry, age, national origin, disability, sex, sexual orientation, gender identity, or United States military service; or (3) negate any rights available under the Constitution of the State of Indiana.[…]

Gov. Mike Pence has now signed the revised law, despite being urged by Religious Right leaders, such as Family Research Council President Tony Perkins, to veto the clarification:


"On the eve of Good Friday, Big Business is encouraging elected leaders to take the silver over religious freedom.

"This new proposal guts the Religious Freedom Restoration Act and empowers the government to impose punishing fines on people for following their beliefs about marriage.

"This proposal would force religious businesses and even nonprofits deemed 'not religious enough' to participate in wedding ceremonies contrary to their owners' beliefs. If the government punishes people for living their faith, there are no limits to what government can control.

Oh, good! A split between the social conservative wing and the economic wing of the Republican Party? Unfortunately, I doubt it will last through the 2016 elections.

Well, as long as they are going to be calm and rational about it.
Link - Posted by John Pieret @ 12:32 AM

Comments:
So what's left? Can or cannot a florist refuse to provide flowers for a gay wedding? Or a pizzeria refuse pizza for the reception? Does the RFRA still effectively exist? I'm a little confused.

Is the first time that "gender identify and sexual orientation" have been recognized as worthy of state protection in Indiana?

In the 3 counties and 10 cities in Indiana that have passed local ordinances extending anti-discrimination protections to LGBT people, the RFRA cannot be used as a defense to an alleged violation of those ordinances (which was what the wingnuts wanted the law to do). In the rest of the state there is nothing to prevent a florist or other wedding service providers from refusing to deal with same-sex couples. The law doesn't extend protection to LGBT people state-wide.

Do those florists who participate in wedding ceremonies become in-laws? What exactly do the florists do when they participate in a ceremony? Drink blood? Kiss the bride? Dance and sing gay songs?

I don't understand these Restoration of Religious Freedom Acts. Had these states somehow repealed the 1st and 14th Amendments?

I don't understand these Restoration of Religious Freedom Acts.

It all started in the 90s when the Supreme Court made the sensible decision that, just claiming that your religion requires something, doesn't make it legal to do it. In that case it was Native Americans being punished for using peyote in their religious ceremonies. So liberal and conservative pols came together and made it tougher (but not impossible) for government to "burden" religious practices.

The original RFRA has been interpreted to only apply to Federal actions. Up to now, the state RFRAs have been aimed at applying the concept to state actions. However, since it has become likely that SSM will become the law of the land, the religious right has been touting these laws as a way for Christians to deny services to gays, particularly SSM.

So no, the 1st & 14th Amendments haven't been repealed, people just want, for good and nefarious reasons to raise the bar just a bit.

Thank you, now I understand.

I think a lot of Brits have a hard time understanding the deep suspicion, even paranoia, that exists towards the Federal government in many parts of the US. The problem is that the whole UK is only the size of a small US state. What we call central government is really only the equivalent to a state congress. The nearest we can get is to tap into what we feel about the European Union bureaucracy in Brussels.

Very interesting blog. Alot of blogs I see these days don't really provide anything that I'm interested in, but I'm most definately interested in this one. Just thought that I would post and let you know

of course about freedom of religion a right for every human being, they have the right to choose what religion they will profess. At present many countries still lock tightly on their freedom of community rights, for that I strongly condemn every country that still dominates its people for their personal interests. Thank you for the information

Thank you for the information you provided. because I am currently understood. I think a lot of Brits has a hard time understanding the deep suspicion, even paranoia, that exists towards the Federal government in many parts of the US

Hi there, just wanted to tell you, I loved this article. It was practical. Keep on posting!
카지노사이트