Pulling It Out of Your Butt 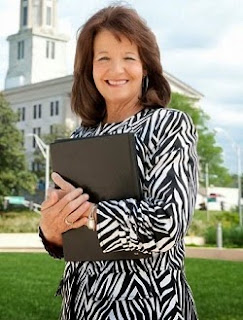 Just for a change of pace, I want to present to you Tennessee state Rep. Sheila Butt:


Republican state legislators across the country continue looking for ways to make it more difficult for women to exercise their right to choose abortion, and Tennessee is in the process of passing one of the classics: a waiting period. And a Tennessee Republican managed to make waiting periods even more insulting than they by definition are. Tennessee Democrats tried to amend the waiting period bill to exempt victims of rape and incest, but state Rep. Sheila Butt was not having it, because how do you know that a woman is telling the truth about her pregnancy being the result of rape or incest?


"This amendment appears political because we understand that in most instances this is not verifiable," Butt said. "Let’s make sure that these women have the information and understanding to act. Madam Speaker, I move this amendment to the table."

Because, like, women are too stupid or too emotional or too something to understand what is going on in their own bodies and decide how to deal with it unless the Republican oh-so-small-government steps in between the woman and her doctor and makes it as difficult as possible for her to get a legal medical procedure.

A while back I heard of some sociologists who thought that a person's name might effect the shape of their lives. I was dubious … until now.
Link - Posted by John Pieret @ 9:58 AM

Comments:
Isn't it called "nominative determinism"?. I remember New Scientist used to collect examples in that humorous back page feature they used to run.

Ah, you have a better memory than I. I think I heard about it on some public radio program, thought it was interesting but not very persuasive and basically forgot about it ... until now!

"this information is not verifiable" = "these women are lying to us" In that case they must be either cynical manipulators or pretty desperate. What is achieved by an imposed delay and more "information", except to make their lives worse?

What is achieved by an imposed delay and more "information", except to make their lives worse?