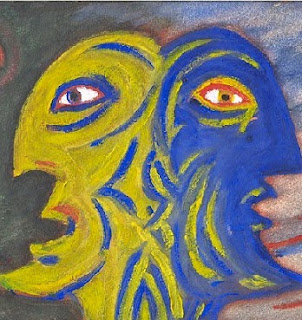 The Republican party has a problem.

It doesn't like to look as homophobic as it is. The Roman god Janus somehow comes to mind.

This was recently on display in Indiana and even Arkansas, home of the ultimate “bubba” store, Walmart, which came out strongly on the side of LBGT equality. The “economic” wing of the party knows that the majority of Americans are now in favor of equality and that no political advantage can, in the present day, be wrung out of bigotry, as it was once was in 2004. Instead, firestorms descend on Republican politicians who try to write bigotry into law or even try to, ever so slightly, side with that bigotry.

A case in point is the Western Conservative Summit in Denver, run by the Centennial Institute, which refused the “Log Cabin Republicans,” (“LCR”), a group of gay Republicans (why that isn't an oxymoron is beyond me!) request for a booth at the convention.

The Colorado Republican Party has now invited the LCRs to share its booth at the convention, which the organizers said was fine but not before decrying the LCR's “shaming and bullying” tactics. Those “shaming and bullying” tactics amounted to nothing more than a complaint on its Facebook page and a press release to the effect that its payment for a booth at the WCS had been “rescinded.”


But the Centennial Institute said it wasn’t a case of disinviting because it never specifically invited the Log Cabin Republicans. It said in a blog post Wednesday its practice is to decline exhibit space to groups whose policy goals conflict with its own, “whether it be higher taxes, climate extremism, disarmament, marijuana, abortion, gay marriage, abridgment of religious freedom, or the like.” …

“We’ve got a biblical article of faith, and marriage is one man, one woman,” Andrews told me Thursday, explaining why he declined the Log Cabin Republicans’ application. “They have chosen to turn it into a national protest movement raining down on me and my staff.”

In what he calls an orchestrated “bully movement,” Andrews said he’s gotten a barrage of phone calls and online comments from people calling him a “hypocrite,” a “bigot,” or a person “from the Dark Ages.”

“Several people have called us the Taliban. … Where is the tolerance they talk about toward us?” Andrews said. “It really doesn’t seem fair that if we respect their sexual freedom they can’t respect our religious freedom.”

If, as most court observers expect, the Supreme Court this June finds a constitutional right under the Fourteenth Amendment for LGBT people to marry, this is only going to get worse for the Republicans. The Religious Right is already losing its collective mind about the prospect, even suggesting secession (and didn't that turn out well the last time it was tried?).

The Republicans have tied their fate to the Tea Partiers, those descendants of the John Birch Society that William F. Buckley had ousted from the Republican mainstream in the 1960s. They chose to ride the tiger and, as everyone knows, the hardest part of that is the dismount.

The Religious Right, which holds such sway in Republican primaries, will insist on nominating an outright bigot this time around … something that, whoever the candidate is … Cruz, Huckabee, (please God!), Santorum, just won't be able to run away from in the general election. If, perchance, the Republican establishment manages to nominate a Bush or Rubio or Christie, can they hide the bigots under their skirts? And just how long will the Religious Right continue to be a reliable Republican resource, especially if Hillary beats whoever the Republicans nominate … because he “wasn't conservative enough”?

I'm old enough to be philosophical about this. I won't be around in 20 years when this all plays out (or if I'm still around I probably won't know/care what's going on).