A Zombie Ain't Just a Drink 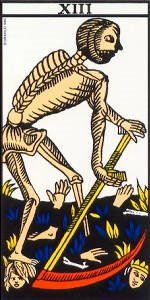 D. James Kennedy and his Coral Ridge Ministries are fighting back in the only way that they know how: with dissembling and an utter lack of conscience. Kennedy and his cronies have responded to the Anti Defamation League's scalding attack on their disingenuous "documentary," Darwin’s Deadly Legacy, with a press release calling the criticism "harsh" and "unfounded" and noting that ADL National Director Abe Foxman, "has not viewed our television program."
But Kennedy's own press releases, including this one, are more than sufficient to demonstrate the dishonesty that will be on display. There may be no need to even go into the details of the claims Kennedy makes about Darwin to understand Kennedy's utter lack of morality. This alleged response to the ADL's statement, which prominently featured the justified complaint of Francis Collins, the head of the Human Genome Project, that Kennedy was using his name without authorization to promote this piece of trash, completely ignores Collins' complaint. There is no attempt to justify this hijacking of Collins' reputation, no guarantee that Collins' words and image won't be used against his permission and, most tellingly for a supposed "man of God," not a single word of apology.
It is hardly surprising, then, that Kennedy's own "talking point" in favor of his claim that "the historical fact [is] that Adolf Hitler was an evolutionist" is a blatant bait-and-switch. Citing the ever-popular unnamed "historians" to the effect that "there’s really not much debate about whether or not Hitler was a social Darwinist," Kennedy hopes that his target audience among the scientifically and historically illiterate won't notice the difference between evolutionary theory and the various social practices that have been labeled as social Darwinism and which invariably had nothing to do with Darwin's science.
As Roger Bannister pointed out in his 1979 book, Social Darwinism: Science and Myth in Anglo-American Social Thought (Temple University Press), "social Darwinism" has been used to describe such contradictory ideas as laissez faire economics, opposition to aid to the poor, exploitation of workers, militarism, imperialism, racism, eugenics, nationalism, collectivism, industrial regulation, social reform and just about anything else that the person wielding the term didn't like. In other words, "social Darwinism" is a term of abuse used to describe what the speaker opposes. And who or what is more hated than Hitler and Nazism? Given the history of the term, it was inevitable that some historians would call Hitler a social Darwinist and, given Kennedy's lack of morals, it was inevitable that he would try to take advantage of the confusion this chameleon term could sow among the uninformed.
Further evidence of the intellectual bankruptcy of the program, to go along with its moral bankruptcy, is Kennedy's quote mining of Niles Eldredge. Without giving us a cite for this quote (either in the press release or at Kennedy's website page about the program) it cannot immediately be said what Eldredge intended. But it is clear that Kennedy is again trying to exploit any confusion he can between the type of "social Darwinism" Eldredge rightly deplores and evolutionary theory.
Similarly, Kennedy quote mines Sir Arthur Keith. Sir Arthur may well have been a good scientist of his day but he also had some ideas that were, to say the least, outside the mainstream of evolutionary theory. Indeed, Keith describes his thesis in the book Kennedy wrenches the snippet from, Evolution and Ethics (which is online here and here), as follows:

It is in this idiosyncratic sense of "evolution" that Keith calls Hitler an "evolutionist" and it is this idea that nations are evolving that Keith says Hitler was consciously following. Needless to say, this is a very different idea than Darwin proposed and resembles, if anything, the hyper-Americanism of the religious right more than scientific theory. Kennedy and the so-called "experts" who abetted him in this travesty could easily have found this out . . . if they were interested in the truth rather than propaganda.
If it wasn't for the fact that lies like Kennedy's sometimes have more staying power than the truth, it would be most appropriate to invoke Godwin's Law, accept creationism's admission of defeat and tiptoe away from the corpse. Unfortunately, this dead thing keeps feeding on the brains of the living.
______________________
.
Other bloggings:
.
Pharyngula: Holocaust ≠ natural selection and List of Hitler quotes — he was quite the vocal Catholic
.
Dispatches From the Culture Wars: Kennedy, Hitler, Weikart and the ADL
.
Red State Rabble: ADL Blasts Christian Supremacist TV Special and Book Blaming Darwin For Hitler and ID Advocates Trivialize Holocaust
.
Darwin Central: Keyesian flakeonomics
.
The Huffington Post (Ellis Weiner): How Jesus Led to Hitler and Hitler Led to Ann Coulter
.
Ooblog: D. James Kennedy godwinates; Behe distances himself from “Darwin’s Deadly Legacy
.
Get Busy Livin', or Get Busy Bloggin': Review of D. James Kennedy Propaganda & PIGDID
.

No idea where he mined that one from.

We at Talk Origins don't know either:

It has been attibuted to a Forward to a 100th anniversary edition of the Origin of Species but we could not find any such animal. I suspect that it is a quote of someone other than Keith that somehow got tacked onto his name and passed around mindlessly.

According to this page, Kennedy, in his book "Why I Believe", says it is "quoted in Fred John Meldan, Why We Believe in Creation Not in Evolution, Christian Victory Publishing, 1959, p. 27".

I've checked and it doesn't appear on page 27 of the online verson of Meldan's book but that may have been revised since 1959, of course. It does appear on page 1 of the Introduction but there is no citation given there either.

So Kennedy feels its okay to repeat such a seemingly damning statement by a scientist without bothering to check if his source is right? Says a lot about the likely accuracy of his "documentary," doesn't it?

Heh! I didn't notice it when I was searching the online version but why ain't I surprised that Kennedy (or his stooges) couldn't even get that right?

At this time I am going to do my breakfast, once having my breakfast
coming yet again to read additional news.


Feel free to surf to my site - diet plans