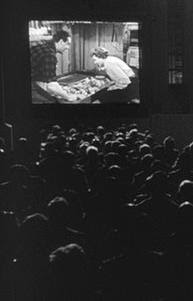 Oh, hey! It looks like the Discovery Institute will have to pay out its fabulous prize of a $500 grand-prize and at least one $250 runner-up prize in its Academic Freedom Day Video and Essay Contest. With just 3 days to go they now have two whole video entries. This is my quick review of the one by Kaleigh McCormick:

Actually, it's a pretty nice video with a decent balance of pretty pictures and pleasant music to Kaleigh's talking head. Of course, what she is saying is mostly a rehash of the "flagellum is irreducibly complex, therefore, evolution is conceptually impossible" argument of Michael Behe that fails because the flagellum has been shown not to be irreducible. In any event, the argument does not count as evidence for Intelligent Design, depending, as it does, on the old "contrived dualism" borrowed from "creation science" and rightly excoriated by Judge Jones in Kitzmiller.

Where Kaleigh really goes off the rails is in her assertion that Titan can't have any life because there is no water or oxygen in its atmosphere "which is necessary for life." Apparently, she never considered that there are anaerobic life forms here on Earth. While it is harder to imagine life without water, we have been surprised before and, in any event, she fails to consider the possibility that there may be water in places we have not been able to sample yet on Titan. She then goes on to compound her errors by stating that "Earth has the perfect atmosphere" for human and all the other life forms on Earth, without apparently considering that it might just be because life here has adapted, through evolution, to utilize the available atmosphere. To be fair, pretty smart people, like William Whewell -- well before Darwin published his results -- made the same error.

Lastly, she makes the claim that students and scientists have been prohibited from discussing or pursuing ID in classrooms and laboratories. Funny, I thought the Discovery Institute had set up the Biologic Institute as its own laboratory to do just that. Maybe that's why there has been no groundbreaking research coming out of that corner of Seattle -- the jackbooted science police have shut it down. As for classrooms, of course students are allowed to discuss ID ... in comparative religion, sociology and civics classes. They can even raise it in science classes. It's just that teachers, as government employees, can't pretend that it is science without violating the Constitution. Heck, even the Discovery Institute realizes that.

That's all I have time for tonight. The second video, by "CvEint2" is off to a rocky start. Within the first 45 seconds she makes two rather silly mistakes, claiming that within a decade of the publication of Darwin's Origin, "the public schools began teaching it as fact" (not even in British public schools, much less American schools) and that in 2005 the Supreme Court ruled that ID couldn't be taught.
.
Link - Posted by John Pieret @ 12:21 AM

Comments:
This may be quibbling, but in Britain, don't they refer to private schools like Eton as "public schools"? And, in the 19th century, didn't they teach only Classics? When did they make the revolutionary change of teaching things like science?

Heh. Yeah, I thought of that but decided it would complicate things too much to go into it. Who knows when a creationist might wander by and find out that America is not the template for all of Western civilization (and, yes, I'm ignoring Ghandi's quip too). Head explosions can get messy.

As to when the real public schools started teaching science, I don't really know.

The whole "water is necessary to life" idea really upsets me as a biologist. I hear it all the time and every one of those times I die a little inside. Why the hell is it so impossible? These people are working with a sample size of 1 (Earth) and using that to judge the rest of the universe. In my view that is completely retarded, and unfortunately I see it spouted from as many astrophysicists and biologists as I do from IDiots.

Frankly, I wasn't sure how strong the arguments were for water's necessity for life, which is why I put it the way I did. Unlike the case with anaerobic bacteria, I wasn't aware of any terrestrial life form that doesn't require water. But get to some other eco-system, like Titan, and all bets are off.

I suppose astrophysicists and biologists talk about water a lot, in connection with space probes at least, for the same reason SETI focuses on radio signals similar to the ones we'd send out to make contact. Ours is at least one example of life and as a first search strategy it may be cost effective to look for our kind of life than to go hunting after exotic (to us) life forms we don't even know are possible. Also, water is relatively simple to look for and, given the restraints of budget and time, narrowing down the search for life to areas where water is present makes a certain sense.