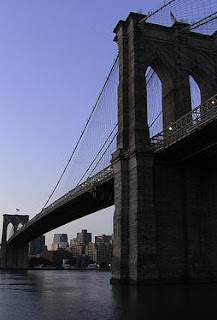 It seems that David Coppedge, the computer geek who is suing the JPL is not only an ID advocate but a young-Earth creationist as well. The Sensuous Curmudgeon found an article from the doyen of YEC lunacy, the Institute for Creation Research, defending Coppedge, who is, the ICR notes, a contributor to its Acts & Facts magazine. And here is one of his articles on the ICR website.

Coppedge describes the alleged "surprises" found when the Huygens probe landed on Titan (if we were sure what we'd find, why send a probe in the first place?). But this is the kicker:

In short, Titan turned out to be very different from predictions made using long-age assumptions. The near absence of ethane remains a profound mystery. Now that the data have been published (Nature, 12/08/2005), creationists could do good work modeling Titan's atmospheric dynamics unfettered by long-age assumptions.

Uh, huh! And we're supposed to believe that this guy, who denies the scientific evidence for the age of the solar system, was just interested in informing his fellow workers of the "science" behind ID?

Something tells me that when the judge reads the "entrenched ideological orthodoxy" part, then maybe the judgerly alarms and bells and whistles and stuff are going to go off a little. (IANAL.)

The near absence of ethane remains a profound mystery.
But not to creationists. No ethane, God/intelligent designer(s) did it.

When did Coppedge write his "no ethane on Titan" article? In "Titan's Ethane Lake" it states that there's a body of liquid on Titan the size of Lake Ontario. And it's shaped like a footprint. Possibly make by God?

When did Coppedge write his "no ethane on Titan" article?

Is it really a surprise that someone who can ignore huge chunks of science in order to support his predetermined conclusion would also jump to that conclusion before all the evidence was in?

OK, so there's ethane on Titan. No problem. Ethane, God/intelligent designer(s) did it.

(After all these years, I still fall for it - accepting what a creationist says without checking.)