Be Careful of What You Wish For! 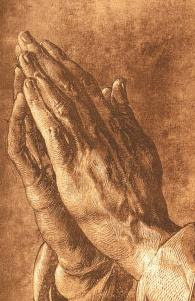 As I noted before, the Undiscovery Institute is trying to make hay out of the case of David Coppedge against the Jet Propulsion Laboratory for his allegedly being demoted for promoting his religion by talking about Intelligent Design with his coworkers and giving them ID videos.

I've now had an opportunity to review Coppedge's complaint.

It seems I may have been wrong before in presuming that JPL employees are government employees. At least according to the complaint, all JPL personnel are employees of CalTech, which is a private university. This does not help Coppedge's case, at least insofar as he is basing it on the California Constitution, which prohibits government action to curtail speech but has no application to private persons or corporations.

As far as a claim under the California Fair Employment and Housing Act, Casey Luskin, Gofer General of the DI, is half-right (a higher percentage than usual). It is, at least arguably, "unlawful for an employer to discriminate against an employee based on what they [the employer] deem is religion" under FEHA. Under Section 12926(m):

But Luskin is utterly wrong to say that "whether courts have or have not 'viewed intelligent design as a religious belief' is irrelevant to Coppedge's lawsuit."

In fact, California courts have recognized that FEHA does not prohibit employers from restricting religious proselytizing at work. In the case of Ng v. Jacobs Engineering Group, the California Court of Appeal upheld the lower court's determination that, under FEHA, it would constitute an "undue burden" on an employer to "accommodate" an employee's religious creed that she must attempt to convert her coworkers.

Thus, if ID is a religious belief (and there is ample evidence, not only that it is, but that Coppedge thinks it is), and he was generating complaints from his coworkers because of his efforts to proselytize his beliefs, then the JPL would have been within its rights to stop him. It is interesting to note that Coppedge's own complaint states that "he would not violate his conscience" by stopping discussing ID at work (paragraph 43). Why would discussing a scientific theory involve "conscience"?

It's still possible that the JPL didn't handle the problem correctly, perhaps not documenting their actions sufficiently or exaggerating the complaints of Coppedge's coworkers, who may, for example, have reacted more with ridicule than annoyance. But if the JPL defends this suit vigorously, the religious content of ID could well be in for another going over in the courts.

Comments:
Why would refraining from discussing a scientific topic be contrary to Copredge's conscience?

That's easy: because his conscience dictates that he give his employer the full benefit of his wisdom on a scientific matter within the scope of the organization's mandate whether or not it is always welcome. Heck, I annoy my superiors and colleagues at times by putting forward views on matters within the mandate of my organization, whether they want to hear them or not because my conscience dictates that I have to do so or I'm not actually carrying out my job as a policy analyst and advisor on [censored because it is so freakin' dull]. I don't get to make actual decisions, but I can't in good conscience give bad advice because it's what folk want to hear or refrain from giving good advice just because I know it will be unwelcome.

Now, there are two things that make Coppedge's situation different from mine (besides me being smarter and better looking): (1) ID is religion, not science and JPL's business isn't religion; and (2) Coppedge is a computer geek (see para 13) not a scientist at the JPL and providing science advice is not part of his job description while providing advice on [boring stuff] is part of my job description.

My superiors and colleagues may have to tolerate me expressing my views on [censored, eh] but they don't have to listen to the janitor's views on the subject. If nothing else, Coppedge's superiors might have just told him 'Shut up and get back to work.' since science (even if ID were science) isn't his job.

You left out what I thought was the most interesting bit of paragraph 43 quoting from this sentence:

"He also advised CHIN that he would not violate his conscience or refrain from engaging in his constitutionally protected right of free speech."

Which constitutes admitting that he'd told his boss he wasn't going to stop doing what he'd just been told to stop doing. It seems to me that would be germane where part of his claim was that he clammed up once told to do so, but there he's defiantly saying he won't.

It is possible that the JPL HR folk screwed up in the manner of things, but Coppedge, as noted above, portrays himself as a person who would be insubordinate and continue to be an ID pest even after he's been told to stop.

Which constitutes admitting that he'd told his boss he wasn't going to stop doing what he'd just been told to stop doing.

Good point. Indeed, insubordination would be relevant. If, in fact, he was being unfairly told to shut up, he has other avenues within the JPL, Caltech and even under the state law to resolve his grievance.

Coppedge also claims that he was warned off and then demoted without having further offended, but that's not really compatible with his saying he had no intention of keeping his yap shut. It wouldn't be surprising for this to become a Bill Buckingham moment.