They Know What You Did, Part Deux 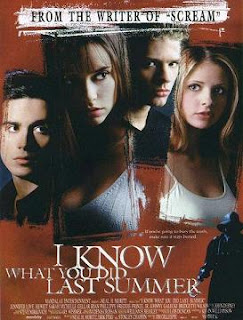 It seems I was a tad premature when I said that all was quiet on the creationism front in Louisiana.

It appears that the Livingston Parish School Board is intent on a plan to deprive the children under their care of no doubt sorely needed resources by pouring them into a futile lawsuit. The board has even copied the means used by the Dover School Board to achieve this end. In an article in the Baton Rouge Advocate by Vic Couvillion, entitled "School Board might OK teaching creationism," published July 24, 2010 (on page 4B, in case anyone is looking for it later), we learn:

The Livingston Parish School Board will begin exploring the possibility of incorporating the teaching of "creationism" in the public school system's science classes.

During the board's meeting Thursday, several board members expressed an interest in the teaching of creationism, an alternative to the study of the theory of evolution, in Livingston Parish public school classrooms. ...

[Jan] Benton [director of curriculum] said that under provisions of the Science Education Act enacted last year by the Louisiana Legislature, schools can present what she termed "critical thinking and creationism" in science classes.

Board Member David Tate quickly responded: "We let them teach evolution to our children, but I think all of us sitting up here on this School Board believe in creationism. Why can't we get someone with religious beliefs to teach creationism?"

Fellow board member Clint Mitchell responded, "I agree … you don't have to be afraid to point out some of the fallacies with the theory of evolution. Teachers should have the freedom to look at creationism and find a way to get it into the classroom."

Board President Keith Martin, while reminding the members that a decision had been made in the past not to teach creationism, suggested that now might be the time to re-examine the issue.

Martin, noting that discipline of young people is constantly becoming more of a challenge for parents and teachers, agreed: "Maybe it's time that we look at this."

When Martin suggested that the board appoint a committee to study the possibility of introducing creationism into the classroom, his opinion met with general, if unofficial approval.

"We shouldn't just jump into this thing, but we do need to look at it," Martin said. "The American Civil Liberties Union and even some of our principals would not be pleased with us, but we shouldn't worry about the ACLU. It's more important that we do the correct thing for the children we educate."

Hey! How about teaching the children you educate about the United State's Constitution? You know, the parts that say that everyone has freedom of religion and that government should not impose one group's religious beliefs on everyone else at taxpayer expense?

As for the ACLU, you should be afraid of it because you've just handed it a giant club and invited it to beat you with it. (And hint: claiming that the entire board was addicted to Oxycontin and didn't remember ever mentioning "creationism" is not about to work.)

Memo to the Louisiana Family Forum and the UnDiscovery Institute: when you are working with people stupid and/or ignorant enough to fall for the notion that creationism can be scientific, they are not likely to get the "nudge, nudge, wink, wink, know what I mean" and will state directly what they know you are promising them.

But thanks again to the Livingston Parish School Board for confirming that they knew the LFF and DI were lying through their teeth when they swore up and down that the Louisiana Science Education Act had nothing to do with teaching creationism in public schools.

Via John Lynch at a simple prop
.

Comments:
Lenny Flank's Law strikes again. They just can't keep their mouths shut about religion. Let 'em talk long enough and they stick both feet and the nearest hitching post into it.

I like to think of it as "pulling a Buckingham."

In some ways, I (almost) feel sorry for the DI. They spend years concocting elaborate PR in hopes of convincing a conservative SCOTUS to let them slip some striped-down religion into K-12 science classes and the only people who can actually do that keep blowing their cover story. It has to be extremely frustrating.

Lenny pinned it though. The "New Creationism" asks its followers to be covert on their most important aspect not just of this issue but of these people's lives. They have a huge amount of self-worth wrapped up in their religion and the just cannot keep quite about it. They shoot themselves in the foot almost every time.

...Clint Mitchell responded, "I agree … you don't have to be afraid to point out some of the fallacies with the theory of evolution.

The NYT today has an analysis piece on the Supreme Court's turn to the right.
How concerned are you that a case might get to this court and see years of precedence overturned?

How concerned are you that a case might get to this court and see years of precedence overturned?

Considerably. All you need do is read Scalia's dissent in Edwards v. Aguillard to see what it might look like. Essentially, if the majority in any locale can muster alleged "experts" to give their actions a fig leaf of "secular purpose," then anything they do goes, as long as they "sincerely believe" that they are countering hostility to religion by gutting science education.