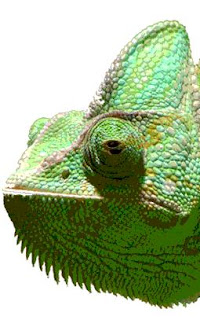 In a follow-up to the Undiscovery Institute's support for conference entitled "God and Evolution" to be held at Biola (Bible Institute Of Los Angeles) University that I recently reported on, Anika Smith, the DI's tankwoman in pink, is now touting a book by the same name that purportedly "provides a thorough examination of the conflict between belief in God and Darwin's theory of unguided evolution" and "detail[s] the failures of theistic evolution, address[es] the problem of evil, and explain[s] how intelligent design is consonant with orthodox belief."

Naturally, it is penned by all the usual DI suspects:

Incidentally, Logan Paul Gage may not now be a DI employee but he was once "a policy analyst with Discovery Institute in Washington."

But, of course, ID, and by extension the DI, are all about the science and have nothing to do with religion! How do we know that? Why, the DI tells us so!:

"Our main focus remains on the science," says John West, a contributor to the book and a senior fellow with Discovery's Center for Science & Culture. "But it's important to set the record straight about the broader implications of Darwin's theory."

To give them scant credit for honesty, the DI's main focus is on the science of evolution ... distorting it and outright lying about it in hopes they can cause the gullible to disbelieve it in order to protect their narrow sectarian view of religion. It is the damage that science does to their sectarian beliefs that constitute the "broader implications" that are the real impetus for the advocacy of ID.

Maybe someday they'll address the broader implications involved in dissembling in the name of God.
.

Comments:
"Naturally, it is penned by all the usual DI suspects ..."

I think "emitted" would be better than "penned".