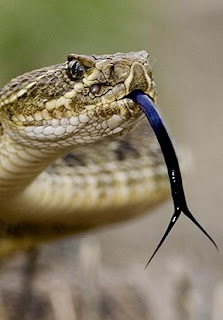 
The Louisiana Senate overwhelmingly rejected an attempt Monday to repeal a 2008 law that permits public school science teachers to use material outside of the adopted textbook in the classroom — leeway critics say turns science into religion.

Sen. Karen Carter Peterson, who has been working with Zack Kopplin in an attempt to repeal the badly misnamed Louisiana Science Education Act, tried to attach the repeal onto a bill by Sen. Eric LaFleur, which would require local school boards to create foreign language immersion programs under certain circumstances. Sen. Bill Nevers, who sponsored the LSEA, defended it by saying there is "not one word about teaching creationism." The funny thing is that LaFleur's bill would do something that Nevers wasn't so happy about:


But Nevers also opposed a section of LaFleur's bill that would repeal the Balanced Treatment for Creation-Science and Evolution-Science law, ruled unconstitutional by the U.S. Supreme Court in 1987. That law required public schools in the state to give balanced treatment to creation-science and evolution-science in classroom instruction and instructional materials.

Nevers said the law should be kept on the books in case the Supreme Court ever reversed its decision.

But, of course, there is no reason at all to think that Nevers is interested in injecting creationism into Louisiana's public schools!
Link - Posted by John Pieret @ 12:54 AM

Comments:
i am really skinny and desire to obtain a feww kilos hope this
operates and thanks for that guidance.

I picture a whole lot of exciting in there. So peaceful.

Nice function. A actually very good space to possess
a terrific week-end with your girlfriend

Hi, this is a comment.
To delete a comment, just log in and view the post's comments. There you will have the option to edit or delete them.

lol that was wonderful. Lesbosexual? xD I realize this is going to seem so random, but where did Bill get his sweater?
(he's the one particular wearing the Harry Potter glasses proper?) Just? randomly wondering since I just acquired a hat that matches it perfectly lol.

rpo smells and tastes a bit like violets. i prefer to use
it in stews and thick, meaty dishes.