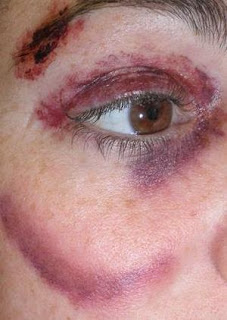 The Springboro (Ohio) school board is still at it. But now, they are not just flirting with creationism, they are going for the "Christian nation" bullhockey as well:


They also discussed a plan to evaluate instructors from the National Center for Constitutional Studies and from the Institute on the Constitution to teach Constitution classes now required by the state.

Who are they? According to Wikipedia:

According to the NCCS, the founding of the United States was a divine miracle. As such, the NCCS worldview and program are based on three major pillars: (1) understanding the divine guidance that has allowed the United States to thrive; (2) rejecting the tyrannical and sinful nature of the modern U.S. federal government; and (3) preparing for a divine reckoning that will bring down America's government and possibly tear society as we know it asunder, thus allowing those with sound principles to rebuild the republic.

In other words, not only are they peddling the myth that the US was founded as a Christian nation, but they are, quite likely, a Dominionist outfit.

As to the Institute on the Constitution, its cofounder, Michael Anthony Peroutka, was the 2004 candidate for President of the Constitution Party (which absorbed the American Independent Party, originally founded for George Wallace's 1968 presidential campaign). Peroutka recently was a featured speaker at the League of the South National Conference that had as its theme "Southern Independence: Antidote to Tyranny."

Update: It seems that the "evaluation" of the NCCS involves an all day seminar at the Springboro High School, where registration and the fee for a box lunch are handled by a school district employee.

The IOTC program is more ambitious, with a 12 week series of 90 minute "classes" on "your Godly American heritage."

Each class has a a 30-minute video lecture by [drumroll, please!] David Barton and Lt. Colonel John Eidsmoe. Amusingly, Barton is called "a master teacher with a vast knowledge of founding era literature," an evaluation that is, perhaps, a little belied by his having to correct himself so much (and failing).

While a lesser light than Barton, Eidsmoe is also an interesting character. Not only is he on record as saying that it was Alabama's "constitutional right to secede," and that "Jefferson Davis and John C. Calhoun understood the Constitution better than did Abraham Lincoln and Daniel Webster," but he was even disinvited from a Tea Party rally because of his statements and affiliations! Perhaps best of all, Michele Bachmann has described Eidsmoe as "one of the professors who had a great influence on me." 'Nuff said!

Fortunately, it appears that some local parents are on to what the board is up to:


Carlene Staton Hamilton said Kohls' roles with the Warren County Tea Party and the Ohio School Board Leadership Council created a conflict of interest in her duties on behalf of the Springboro school district.

"I request you resign your position as school board president immediately to eliminate this conflict of interest and allow this board to operate without the influence of your political aspirations and religious convictions," Hamilton said.

Clearly, Ms. Hamilton is right. Board President Kelly Kohls is transparently using her position and school facilities to advance her far right political agenda, with the assistance of two other members of the five member board. But, of course, those "Godly" people just can't help lying:


Kohls said there is no financial gain for the groups or anyone else from the courses. ...

Facilities use fees would be waived, as they are for parent teacher organizations and booster groups, Kohls said.

The very fact that "use fees" are mentioned indicates that the school district charges outside groups for use of school facilities. Waiving those fees is an obvious financial benefit to any group that wants to use the facilities. The district probably waives fees for local PTA and booster groups, since they directly contribute to the schools. The NCCS and IOTC are clearly not local groups and there is no indication in the flyers that they are even sponsored by local groups. Three members of the school board are blatantly using school resources and taxpayer money to advance their personal political agenda.

It remains a good rule of thumb that, when people start telling you how "Godly" they are, check to see if your wallet is still there.
Link - Posted by John Pieret @ 12:39 AM

Comments:
the tyrannical and sinful nature of the modern U.S. federal government

I'm glad they make it clear that the state and local governments are OK.

I'm glad they make it clear that the state and local governments are OK.

See my update. The board is out to correct the oversight.

You know, since Kitzmiller there really hasn't been any good advancement in creationist circles that get the multitudes excited. Now it seems like these brush fires of old arguments that have already been legally decided.
Kind of sad in a way - stories need a strong villain or they just get boring.

stories need a strong villain or they just get boring

That's when things get really dangerous. Creeping theocracy is much more likely to be successful than blatant attempts to take over the reins of power.

When bad men combine, the good must associate; else they will fall one by one, an unpitied sacrifice in a contemptible struggle.