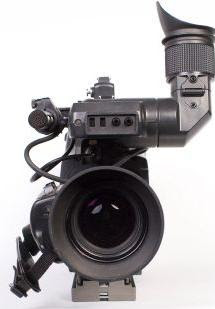 Casey Luskin is playing the ol' "Woe as me, they don't take us seriously card," once again.

This time it's about the California Science Center's cancellation of the American Freedom Alliance's dishonest presentation of the Undiscovery Institute's propaganda film, Darwin's Dilemma. Supposedly, the ID apologia was to be "balanced" by a "pro-evolution film" that the AFA, nonetheless, described as providing:

... a view of the true structure of DNA never before witnessed in a wide screen format. Once one views DNA in motion, with the full scope, intricacy and supercoiling magnificence of this essential building block of life, the issue of our origins takes on an even deeper mystery and wonder.

In other words, the AFA's allegedly "pro-evolution" film was going to be touted as actually being anti-evolution. Now, why exactly might scientists not take the AFA and the DI seriously?

In any event, Luskin trots out bits and pieces of emails by people more or less associated with the CSC. As always, the disingenuous quote mining by creationists must be taken into account. But even assuming the quotes are remotely accurate, what do they signify?

As a mater of constitutional law, if a government entity opens its facilities to the use of the general public, then it may not censor the free speech expression of viewpoints it disagrees with. The CRC allows (or, at least, did) a broad spectrum of individuals and groups to book its facilities, including everything from weddings to corporate meetings to political groups. The CSC's excuse for the cancellation was that the AFA broke it's contract by not clearing all advertising of the event with the CSC. However, it appears that the offending ad was, in fact, issued by the DI, which was not a party to the contract. As I noted before:

If that is the sole basis for the cancellation, the CSC can be in some trouble and should probably settle.

Either the management of the CSC did not consult their attorneys before canceling the event or were ill-served by them.

But what does that have to do with the emails by the scientists? After all, it can be assumed they aren't constitutional lawyers. Let's look at this (remembering to bring our two-ton salt shaker when it comes to Luskin "quotes"):

Ken Phillips, a curator at the California Science Center:

I personally have a real problem with anything that elevates the concept of intelligent design to a level that makes it appear as though it should be considered equally alongside Darwinian theory as a possible alternative to natural selection. In other words, I see us getting royally played by the Center for Science and Culture resulting in long term damage to our credibility and judgment for a very long time.

I personally have a real problem with anything that elevates the concept of young-Earth creationism to a level that makes it appear as though it should be considered equally alongside Darwinian theory as a possible alternative to natural selection. In other words, I see us getting royally played by the Louisiana Legislature resulting in long term damage to our credibility and judgment for a very long time.

Now, under the Constitution, it would be just as wrong, under the apparent circumstances of this case, to cancel a YEC program as it would be to cancel an ID program. But would it be wrong for a scientist to feel that equating YEC with evolutionary science was both dishonest and does damage to the credibility and judgment of any scientific institution, given that the Supreme Court, in Edwards v. Aguillard, reached essentially the same conclusion?

The only reason not to feel the same way about ID is if, as the DI claims, it isn't "creationism" ... which we have every reason to believe is a sham.

There are more supposed examples of scientists' "intolerance" to lying and the deliberate promotion of pseudoscience ... but that falls into the category of "Film at Eleven!"
.
Link - Posted by John Pieret @ 10:20 PM