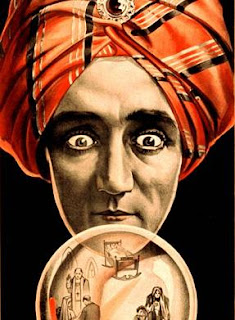 He seems to have been so savaged by Lauri Lebo that he needs help from the other Discoveryoids ... in this case, Michael Flannery. Unfortunately, he does barely better than anything Kinghoffer could muster.

Some small credit should be given to Flannery, since, unlike Klinghoffer, he doesn't assert that the one true definition of "creationism" is the young-Earth variety:

One possible definition of "creationism" is the attempt to make scientific assertions regarding the natural world and/or the origin of life based upon a literal reading of Genesis. Yet with intelligent design, as David Klinghoffer points out, even if the source of the intelligence were identified as a deity, that wouldn't make it creationism in this sense of Genesis literalism. In short, when it comes to speaking of "creationism," there is a need for much greater clarity of thought and expression.

Well, the need to be so precise is up for grabs. After all, there is little doubt that old-Earth creationism or progressive creationism or, for that matter, theistic evolution, cannot be taught as science in public schools. Judge Jones, in no uncertain terms, showed exactly why Intelligent Design creationism is in the same boat. Flannery, naturally, makes no attempt at a definition of "creationism."

Instead, Flannery makes a strange but, perhaps, unsurprising move, given how much the Undiscovey crowd focuses on Darwin instead of really dealing with the present state of evolutionary science. He cites to a 100 year old opinion of Alfred Russel Wallace about the origin of life:

Well, it is the very simple, plain, and old-fashioned one that there was at some stage in the history of the earth, after the cooling process, a definite act of creation. Something came from the outside. Power was exercised from without.

[F]or Wallace, man's "ape-like ancestry" did not mean that man was in any sense related to the ape. Wallace always pointed out that the imbuing of man with a soul made him substantively different, a change in kind not degree. Wallace never agreed with Darwin's Descent of Man.

This, given that Wallace "was not a Christian by any measure," supposedly demonstrates:

[T]he co-discoverer of natural selection clearly espous[ed] a version of "creationism" according to Lauri Lebo's expansive definition. And how did Wallace come to this? Certainly not from Scripture but from Darwin's own principle of utility, the idea that no organism will develop an attribute unless it affords it some survival advantage.

Wallace concluded that those things that make us most human -- our ability to reason, to enjoy art, music, and so on -- were inexplicable on Darwin's own principle. So what precisely do we mean by creationism?

Well, no! Wallace's belief in the inability of natural selection to account for human traits was deeply tied up in his belief in spiritualism. And his belief made him so unable to apply science to it that he would overlook the fraud so widespread in the spiritualism movement. Yes, I would classify spiritualism, as an explanation of the beginnings and shape of life, as "creationism," especially in its ability to blind its adherents to contrary evidence.

But the really ironic part is contemplating how the Discoveryless Institute drones would react to any school board that decided to teach their children that the rappings, apparitions and floating chairs perpetrated by mediums counts as "scientific evidence."
.
Link - Posted by John Pieret @ 9:17 PM

Comments:
Since neither of them believe that "life, the Universe and everything" are the products of unguided, natural processes, Klinghoffer and Flannery can squirm all they like but they cannot escape their own convictions that both creation and design are the acts of an intelligent agent. Or that the only significant difference between the two is that, while creation allows for an all-powerful creator, design implies a being of more limited powers.

It is not too much to say that every indication of Design in the Kosmos is so much evidence against the Omnipotence of the Designer. For what is meant by Design? Contrivance: the adaptation of means to an end. But the necessity for contrivance—the need of employing means—is a consequence of the limitation of power. Who would have recourse to means if to attain his end his mere word was sufficient? The very idea of means implies that the means have an efficacy which the direct action of the being who employs them has not. Otherwise they are not means, but an incumbrance. A man does not use machinery to move his arms. If he did, it could only be when paralysis had deprived him of the power of moving them by volition. But if the employment of contrivance is in itself a sign of limited power, how much more so is the careful and skilful choice of contrivances? Can any wisdom be shown in the selection of means, when the means have no efficacy but what is given them by the will of him who employs them, and when his will could have bestowed the same efficacy on any other means? Wisdom and contrivance are shown in overcoming difficulties, and there is no room for them in a Being for whom no difficulties exist. The evidences, therefore, of Natural Theology distinctly imply that the author of the Kosmos worked under limitations; that he was obliged to adapt himself to conditions independent of his will, and to attain his ends by such arrangements as those conditions admitted of.

Of course, Mill's argument does not preclude the possibility of an all-powerful Creator but it does leave believers with a hard choice to make. They must decide between a designer who cannot be the tri-omni Creator of Christian dogma or a God who contrived His creation to have the appearance of the work of a lesser being, presumably to deceive any investigators, else why do it? Enquiring minds, unlike those at the DI, would like to know.

Nice quote from Mill. Thanks.

How quickly we forget the wedge strategy.

Errrrrr, I mean, How quickly [some of] we [pretend like they] forget the wedge strategy. There! Fixed my own quote mine of myself! How'm I doin' Discovery-oids! I'll get the hang of it yet!!

I though that Wallace's reluctance to accept humans as the results of natural selection was that it could not account for such features as "our ability to reason, to enjoy art, music, and so on." Darwin agreed with this. That is why in introduced the concept of sexual selection in The Descent of Man.

I though that Wallace's reluctance to accept humans as the results of natural selection was that it could not account for such features as "our ability to reason, to enjoy art, music, and so on." Darwin agreed with this. That is why in introduced the concept of sexual selection in The Descent of Man.

That's right about Wallace's views and Darwin did suggest that sexual selection could answer the problem but I don't think Darwin introduced sexual selection just to answer Wallace. There were a lot of seeming problems (i.e. the peacock's tail) that Darwin addressed sexual selection to. There is at least one mention of the term in his "D" notebook from 1838 and it was stated clearly in his 1858 letter to Asa Gray that was part of what was read at the joint Darwin/Wallace presentation at the Linnean Society.