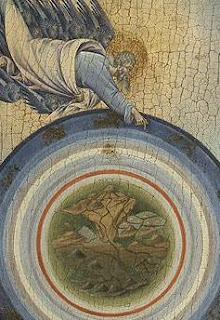 The ever ridiculous David Klinghoffer is spinning furiously to try to show that Intelligent Design Creationists are being "discriminated" against. Most of it is the same tripe that was floated in Expelled: No Intelligence Allowed, embellished with two more recent claims.

One is Martin Gaskell, who was rejected, rightly or wrongly, for a job, a major component of which was to educate the public about science, because of his perceived denial of the science of evolution, a subject outside his field of expertise of astronomy. Gaskell has since landed an astronomy position at the University of Texas ... rather blunting the claim of scientific or academic discrimination. The other is David Coppedge, a young-Earth creationist, who is suing the Jet Propulsion Laboratory because he claims he was demoted and then fired/laid off because he was merely offering fellow employees ID materials. The JPL apparently thought he was proselytizing his coworkers and, to boot, being insubordinate by refusing to stop. There are not enough facts known yet to make a reasoned judgment on who is right ... but Klinghoffer has never let such a lack stand in his way before.

But this is what I find interesting:

Saying so would require a thorough, searching examination of the arguments offered by intelligent-design theorists: the seemingly insurmountable problems posed to unguided evolution by considerations of population genetics, developmental biology, combinatorial inflation, ontogenetic information and more.

Notice the sleight of hand? Not a single iota of "scientific evidence that ... an intelligent force guided life's evolution" is cited. All that Klinghoffer offers is (alleged) evidence that "unguided evolution" has "seemingly insurmountable problems." Of course, evolutionary science does not claim that evolution was "unguided." Natural selection is, at least, a major "guide" of evolution. Obviously, what Klinghoffer means by "unguided" is "non-intentional."

In short, Klinghoffer, along with the rest of the Discovery Institute flacks, is committing the logical fallacy of a petitio principii ... assuming his conclusion that the conscious intent of an "intelligent" (i.e. supernatural) being is necessary to "guide" evolution. Absent that assumption, all the supposed "evidence" shows, at the very most, is that we don't yet understand everything about evolution. There's hardly a single evolutionary biologist who would deny that.
.
Link - Posted by John Pieret @ 12:28 AM

A spate of lawsuits and complaints poses the question of whether, in scientific fields, a person holding unorthodox views on Darwinian theory merits being fired, denied a job, or other penalties.

Family doctors who believe vaccines are more dangerous to patients than the diseases they are designed to prevent in spite of evidence to the contrary could be said to hold "unorthodox views". If they advise parents not to have their children vaccinated against common childhood ailments and if those children fall ill or even die or there is an outbreak of a preventable disease in the local population then, yes, they could "merit...penalties"

Anyone who is in a position of pedagogical authority in a scientific field has a duty to their students to present the current evidence and thinking in that field as accurately as possible, regardless of their personal opinions. If such a person feels bound by their faith to teach those beliefs instead then they should take it to the pulpit rather than the lecture-hall podium.

A spate of lawsuits and complaints poses the question of whether, in scientific fields, a person holding unorthodox views on Darwinian theory merits being fired, denied a job, or other penalties.

This way of stating the question gives the appearance that "holding unorthodox views on Darwinian theory" is the reason for the penalties.

I strongly doubt that there has ever been a case in which someone has been penalized for holding any view. Rather, there have been penalties for acting on certain views, such as promoting one's religious opinion to K-12 students. The fact that the religious opinion happens to be an unorthodox view of "Darwinian theory" is incidental. The same penalty, I suggest, would be as likely if one was supposed to be teaching history, art, or sports.

It would be as if someone would complain that: "I was arrested by the cop for talking about religion"; when the person was talking on his phone while driving.

It would be as if someone would complain that: "I was arrested by the cop for talking about religion"; when the person was talking on his phone while driving.

Aren't we all glad that Alfred Wegener and other (including earlier) proponents of continental drift (precursor of plate tectonics) sued to make scientists respect their ideas?

Where would geology be if dissenters had wasted their time amassing data and honing the theory of continental drift by addressing its very real defects, rather than forcing science to accept it regardless of merit?

Will physics continue to discriminate against ether theory? Do proponents of Aristotle's physics deserve no jobs in the universities?

And didn't Einstein's theories win out simply because Newtonian physics was shown to be inadequate? So, if abiogenesis remains a problem, my theory that Odin masturbated all life into existence should win. If science won't accept it, my idea must be taught as an alternative in schools anyway.

I does so to the same extent that it presents scientific evidence that an intelligent force created life 3 seconds ago.