Their Lips Are Moving ... 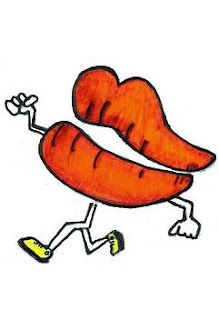 He's kvetching about Lauri Lebo who, according to West:

... rewrites history by suggesting that the focus on the critical analysis of Darwin's theory (rather than the teaching of intelligent design) is somehow a post-Dover development.

There is actually one and a half lies here ... or an inability of West to read, which is always a possibility with creationists. Lebo didn't say that this was a new tactic since the Dover case, she said:

As always, since intelligent design was ruled unconstitutional in Kitzmiller v. Dover, the introduced bills rely on such creationist code words as "teaching the controversy," "academic freedom," or "critical analysis." (Emphasis added)

That's true enough and is a direct result of the DI launching its "Model Academic Freedom Statute on Evolution" in 2008.

More importantly on the lying front, West touts a press release [snort!] about how it gulled the Ohio State Board of Education, first into a benchmark in 2002 and then a model lesson plan in 2004, on the "Critical Analysis of Evolution," which the board later regretted and reversed precisely because the nature of the ID Movement was revealed for all to see in the Kitzmiller decision. The DI press release claims:

[T]he lesson plan is exactly the approach to teaching evolution that Discovery Institute has advocated all along, helping students learn both the scientific strengths and weaknesses of Darwin’s theory. ...

The lesson plan does not discuss religion or alternative scientific theories such as intelligent design.

What West is covering up is that, in 2005, after things had gone badly in the Kitzmiller trial but before the decision was handed down, the DI was saying:

In other words, phrases like "teaching the controversy," "academic freedom," and "critical analysis" are just intended to be a cover to allow teachers who are creationists or who want to avoid problems with creationist parents by throwing them a sop -- which we know amounts to all too many teachers -- to bring ID into the classroom.

The DI's position is clearly a subterfuge to get ID into public schools by hook or by crook ... which is more than enough reason to stop listening when their lips start to move.

Thanks for sharing the information


I enjoyed over read your blog post. Your blog have nice information, I got good ideas from this amazing blog. I am always searching like this type blog post. I hope I will see again..

The article was very nice and very interesting to read. Thank you for sharing the information