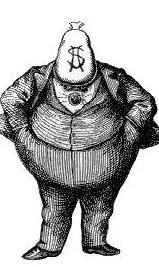 Elizabeth Cooper is a lecturer in psychology at the University of Tennessee and a member of the Rationalists of East Tennessee.

Unfortunately, Tennessee, of late, is not friendly to education or rationality.

Ms. Cooper, given the constraints of a Letter to the Editor, gives a pretty good explanation of why creationism in general and ID in particular are not science. But this is of note:

Ironically, the folks at the Discovery Institute, a group that pushes to get intelligent design into public schools and helps lawmakers introduce bills like HB368, likely know everything I just told you. I'm quite confident they know intelligent design is not science, but they're betting voters and state lawmakers don't get it.

Well, not quite ... we already know the state senator who sponsored this bill is fully aware that ID isn't science. He's betting that certain voters will remember he is against 'godless, atheistic evolution' but forget his role in costing some school district, that takes his bill at face value, hundreds of thousands, if not millions, of dollars when they step into the "Dover trap."

All in all, Ms. Cooper is right ... she just underestimates the cupidity of politicians.
.
Link - Posted by John Pieret @ 8:09 PM

Comments:
Like the case of John Kyl. When pressed about one of the Senator's blatant lies, his spokesperson explained that what Kyl said was "not to be taken as a factual statement."
Perhaps all politicians ought to have a preface to their statements explaining whether what follows is true or false.

I agree, that is an excellent letter from Ms Cooper and there are two points in it that caught my attention.

First, at one point she writes:

Second, it must be possible to test the theory. In fact, it must be possible to show that the theory is wrong. Evolution could be shown to be wrong. If we found conclusive evidence that the Earth is not very old or if we started finding fossils completely out of any reasonable chronological order (like humans during the time of dinosaurs), we would have to rethink the whole thing. Creation "scientists" know this, which is why they devote their careers to invalidating the current evidence and carbon dating techniques, etc.

Sometimes evolutionists give the impression that they are afraid of having criticisms from ID proponents even raised in science classes under the "teach the controversy" banner. That does not worry me personally as long as the full answers to those criticisms are taught as well. A sound scientific theory should be able to withstand criticism and testing from any source. The obvious concern is that IDC-friendly teachers will present the criticisms but will not give an equally full and fair exposition of the answers and we have some evidence that is happening.

What was more chilling in Ms Cooper's letter, though, was this little exchange:

The lack of this characteristic in intelligent design is well-illustrated by a conversation I had with the tour guide at a creationist museum near San Diego some years ago. I posited to the fellow: "Look, you and I are both trying to learn the truth. But in science, theories must be modified to account for new data, and you are never going to change your theory. So creationism - by any name - is not science!"

He calmly replied, "But I already know the truth and the truth doesn't change."

This pinpoints for me the difference between agnostics and Gnu Atheists. For agnostics the danger comes not so much from religion as from any kind of absolutist thinking or belief. Once someone gets into their head that they know The Truth™ then there is the chance they are going to feel justified in going to any lengths to promote it and we all know what that can lead to.