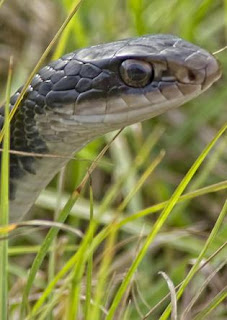 ... or so it seems in Springsboro, Ohio.

Americans United for Separation of Church and State's blog Wall of Separation has reported the latest twist in the farce that is the Springsboro School Board.

As I previously pointed out, the school board has twice flirted with injecting creationism into its public schools. They have twice backed down, at least temporarily, though I get the feeling that they are hoping that the local parents, who have been pretty vocal in their opposition, will tire of watching the board and it can sneak it's agenda in.

They also proposed using school facilities (free of charge, though other outside groups are charged a fee) to allow Christian groups associated neo-Confederate racist groups to teach courses in their views on the Constitution that, to say the least, are hardly compatible with mainstream constitutional scholarship.

Again the local community is up in arms and, again, the board has backed down, even if it is only so it can more easily hide in the weeds.
Link - Posted by John Pieret @ 9:48 PM

Comments:
Wow, do these guys and the North Carolina and Texas legislatures all have some kind of wiki they're using to share tactics?

otoh a wiki would be way too transparent. They must be sending homing bats to each other at 2:00 a.m. to communicate their nefarious anti-democratic illegal tactics. Darn it, governing would be so much easier if it weren't for all those pesky governed.

must be sending homing bats

The better to find their belfries?

Unfortunately, all too often the governed are part of the problem, which is why we have a Bill of Rights. I gather Springboro is an affluent community and that the teabaggers ran as fiscal conservatives instead of social crazies. The locals are probably more worried about the reputation of the schools and getting little Dickie and Janie into college than they are about the politics of the teabaggers.