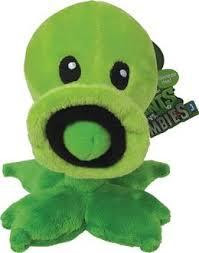 David Klinghoffer has taken a shot at me over at the Undiscovery Institute's propaganda outlet, Evolution News & Views, the motto of which was once (but still remains, in principle): "The misreporting of the evolution issue is one key reason for this site."

Now, I can't get too upset. I've taken one or two (or a a whole bunch) of shots at David in the past. My favorite was "Dungeon Master God" and David had the good grace to show up in the comments to say "John, this was very funny. Keep up the good work!"

But I have to point out that David played a little dirty pool this time. He quote mined my post (though, to his credit, he linked to it).

In my post (though not a reason for it, as will be later seen), I listed a number of critical reviews of Stephen Meyer's Darwin's Doubt (and have been adding to it since).

David's "premise," such as it is, is that the IDers "have exhaustively debunked the critiques offered by ... Matzke, Prothero, Cook, and Farrell," who were among the people who reviewed Darwin's Doubt I listed. Quite beyond the fact that most of the "exhaustive" debunkings were by attack chihuahua, Casey (what does "eponymous" mean?) Luskin, that was not what my post was about.

But David nonetheless went on to say:


The champions cited by the two Darwin defenders include Matzke, Prothero, Cook, and Farrell. Pieret himself cheers,


The Discovery Institute crowd have complained that reviewers aren't seriously engaging with the arguments in Stephen Meyer's Darwin's Doubt: The Explosive Origin of Animal Life and the Case for Intelligent Design.

But I wasn't talking about those reviews (or the lame "rebuttals" of them by the likes of Luskin) when I said that. I was talking about the detailed review being done by Smilodon's Retreat.

So far, the only "rebuttal" that the DI has attempted of Smilodon is a contentless, nervously mocking post by Donald McLaughlin, who is ... cough ... as eminently qualified to be waxing scientific as Casey and David.

Really, David, if EN&V ever gets around to permitting comments, I'll drop by to compliment you on how funny you are ... but today wouldn't be one of those days.
Link - Posted by John Pieret @ 2:26 AM

Comments:
John, the "review" by Smilodon the Unknown Scientist is a work in progress at best. He has not progressed beyond Chapter 1 of the book (of 20). When his review is complete, it may or not be worth a response. In the meantime, we've detonated the actual, complete critical reviews that have appeared so far. To our replies (David Berlinski's, Casey Luskin's) there has been not a single substantive answer. Why not? Kindly acknowledge this reality, would you.

But you do realize that the bit you quote mined from my post had to do with Smilodon, right? After all, I said about the other reviews "As long as I'm here, I'll list some of the other reviews."

Whether or not you you want to respond to to Smilodon's 11 posts so far is your own business. But you dishonestly made it look like I was endorsing the previous reviews, that's a different kettle of fishiness.

Truth be told, if I wanted to sit down and sift through Casey's, Berlinski's and your "criticisms" of the reviews, I'm relatively confident that they'd be much the same quality as Casey's "criticism" of Tiktaalik. Experience is a teacher.

You seem to think that your criticisms of the people who reviewed Darwin's Doubt, by people totaally unfamiliar with the relevant science, deserve immediate responses by scientists. As was the case with all ID bafflegab, it will take time. Actual scientists have other fish to fry. Wait, David, it will come but, in the meantime, concntrate on Smilodon because he's going to demolish your trope that nobody takes you seriously.

Well, I've read Berlinski's and Luskin's supposed rebuttals to critiques of Meyer's book. Berlinski's is content-free: nowhere does Berlinski address Meyer's butchering of phylogenetics. And I'll note that while Berlinski derides Matzke for being a mere graduate student, Nick has way more education and actual scientific practice in the relevant discipline(s) than does Berlinski. As Nick said, this ain't his first rodeo. And I note that Nick has finished his Ph.D. and is on a post-doc now, gaining still more relevant education and experience than Berlinski will ever have.